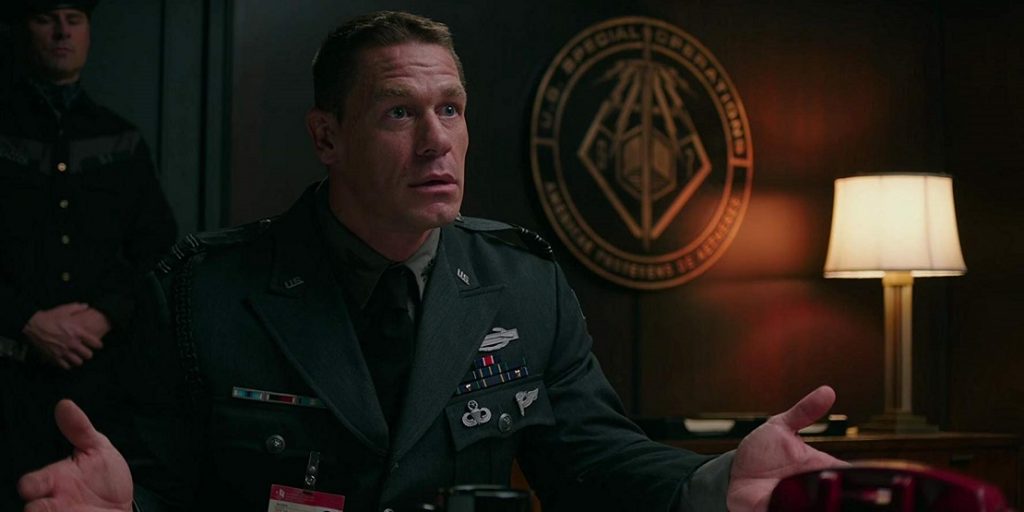 Deadline has reported that Universal has officially announced John Cena as the newest member of the Fast & Furious 9 cast. Vin Diesel hinted at Cena’s involvement in an Instagram video back in April, but now it’s been confirmed.

Cena’s character is being kept under wraps for now. All we know is that he is playing “a badass.” Yup, sounds like a Fast & Furious character alright. Best bet is that he will be filling the void left by Dwayne Johnson (who is currently off having an adventure with Jason Statham). Cena has about 10% of the charisma Johnson has, but he’s got a decent set of comedy chops. Give him the right material and he can get the job done.

Here’s what Cena said about joining the franchise:

“There are countless ways to describe the upside of an opportunity like this … I’m a car guy, and that is what the franchise was built from. They have a way of weaving this family narrative and making it a successful and globally reaching franchise. They’re also known for delivering larger-than-life action and constantly redefining the franchise.”

“I owe a thank you to Vin Diesel. His social media message carried a lot of weight. It got this avalanche of opportunity rolling, and I’ll give everybody who is attached to the franchise and who enjoys it the promise that they will get my absolute best.”

What do you think of John Cena joining this franchise? Think he’ll be able to live up to the hole left by the Rock?