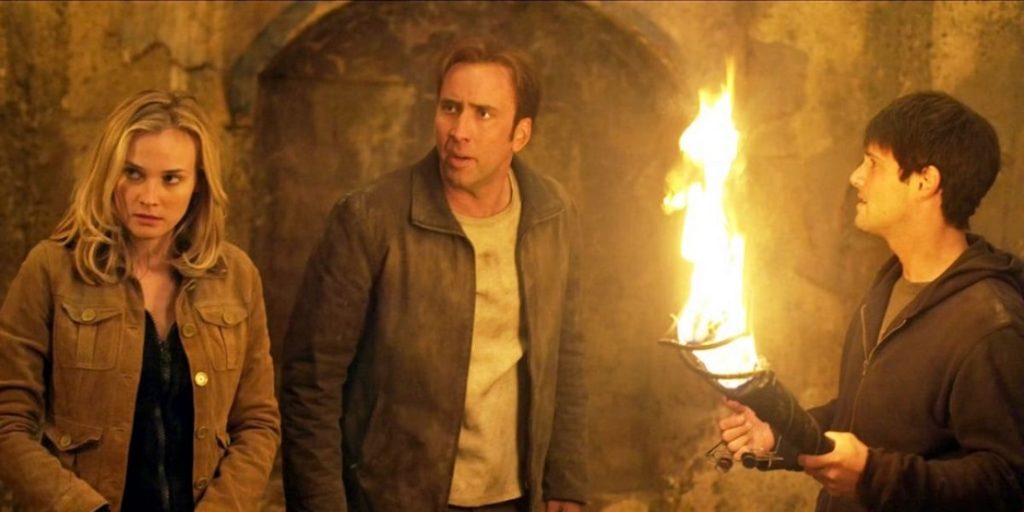 After years of waiting for another entry in the National Treasure franchise it looks like Disney is reviving the property in a huge way.

Word broke earlier this year that Chris Bremner (Bad Boys For Life) was writing a script for a third installment in the film series. Well, not only is a third film in development, but also a Disney+ TV series!

Don’t get too excited though about seeing Nic Cage declare that he is “going to steal the Declaration of Independence!” every week. The TV series will reportedly feature a younger cast. Collider reported the news, and it came straight from the mouth of franchise producer Jerry Bruckheimer:

If I was a betting man – and I am – I’d wager that the TV series will focus on the children of Ben Gates and Dr. Abigail Chase. If they popped out a baby or two after National Treasure: Book of Secrets that would put their kids in the early teens by the time the TV series came out. Throw them on a field trip with their classmates to the Smithsonian, and let them uncover a hidden treasure within the walls of the Smithsonian museums. Boom, hire me Disney!

Bruckheimer said the pilot script is finished and future episodes have been outlined. I hope this series does happen, if only because I have my doubts National Treasure 3 will ever happen. The National Treasure films were moderate successes for Disney back in the 2000s (they each turned a healthy profit), so it’s a bit surprising it has taken this long for a third film to happen. Especially since at one point Disney was planning a third and fourth installment.

Maybe a fourth film, if it happens, will combine the casts of the TV series and the films. That would be some serious synergy!

We’ll keep you updated on any further National Treasure developments.

Would you watch a National Treasure series sans Nic Cage? Tell us below!