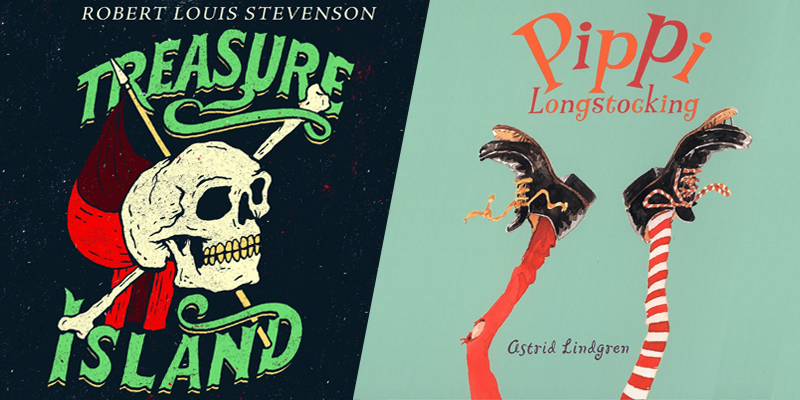 A couple of literary classics are getting new film adaptations.

Variety reports that Studiocanal and Heyday Films are working on bringing Pippi Longstocking back to the big screen. The two companies recently brought the Paddington series of children’s books to the big screen with great success.

The first three Pippi chapter books were written by Astrid Lindgren and published from 1945 to 1948. They were followed by three short stories and a number of picture book adaptations. They have been translated into 77 languages and sold more than 65 million copies.

“In David Heyman, with his impressive track record of bringing great literary works to the screen, together with Studiocanal, we are confident that we have found a team that can understand and appreciate the full value of Pippi Longstocking and develop films that capture both the playfulness and the gravity in my grandmother’s works.”

“Pippi has endured and inspired families everywhere through her life-force, strength of character and her irrepressible joie de vivre. Astrid Lindgren’s books have been translated around the globe for many years – a testament to her vision, which we are determined to honor with a new film.”

Heyman has been absolutely nailing big-screen adaptations of popular literary characters. Harry Potter is one of the best film series of today’s generation, while the two Paddington films are sorely underrated classics. I remember watching an animated Pippi Longstocking series as a child, and remember enjoying it. Here’s hoping Heyman and company are able to make a film that will be as beloved by the whole family as Paddington and Hary Potter have become.

Meanwhile, The Wrap reports that Universal has tapped Dean Deblois to direct its Treasure Island adaptation. DeBlois is best known for directing the How to Train Your Dragon trilogy for DreamWorks.

Evan Spiliotopoulos (Beauty and the Beast) is set to write the script for the upcoming action-adventure adaptation of Robert Louis Stevenson’s novel Treasure Island. DeBlois and Spiliotopoulos will collaborate on the story.

From the moment young Jim Hawkins first encounters the sinister Blind Pew at the Admiral Benbow Inn until the climactic battle for treasure on a tropic isle, the novel creates scenes and characters that have fired the imaginations of generations of readers. Written by a superb prose stylist, a master of both action and atmosphere, the story centers upon the conflict between good and evil – but in this case a particularly engaging form of evil. It is the villainy of that most ambiguous rogue Long John Silver that sets the tempo of this tale of treachery, greed, and daring.

Treasure Island is one of those stories that transcends mediums. It’s been adapted numerous times across film, television, and comics. It’s changed genres, time periods, and included Muppets. Honestly, I think I’ve only seen Muppet Treasure Island. I should probably read the original novel sometime.

But I’ve been looking for a good pirate adventure film ever since Pirates of the Caribbean went downhill in 2011. If Treasure Island can reignite the pirate genre of film, I will be extremely pleased.

Are you looking forward to these new adaptations? Do you think they have a chance at success?