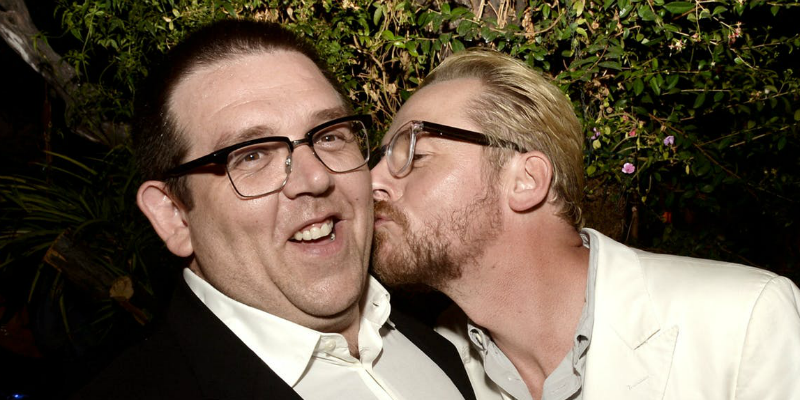 Deadline is reporting that Svalta, a new horror flick from Simon Pegg and Nick Frost, has been acquired by Orion Pictures.

Svalta revolves around a family vacationing on a remote Swedish island, only to find themselves being hunted by a serial killer. Their nightmare intensifies when they realize the locals have no interest in helping them.

President of Orion Pictures, John Hegeman said in a statement:

“We are unbelievably excited to be partnering with Simon, Nick, and Miles on Svalta. The story is scary, awesome and crazy, and their unique voice is perfect for this movie. We can’t wait to bring this to the big screen with them.”

Horror is definitely a genre that Frost and Pegg are familiar with, having co-starred in Shaun of the Dead in 2004, and more recently, 2018’s Slaughterhouse Rulez. They are probably best known for the Three Flavours Cornetto trilogy that includes the aforementioned Shaun of the Dead, as well as 2007’s Hot Fuzz and The World’s End in 2013.

The duo are expected to produce the film, alongside Miles Ketley, CEO of their Stolen Pictures banner. Frost will pen the screenplay with Stolen Picture creative directors, James Serafinowicz and Nat Saunders.

Ketley voiced his excitement for the film:

“Orion is the perfect home for the horrifying vision that Nick has conjured up from his maverick brain. We always said that everything we do has to come from left-field and find something unexpected at its centre and with this partnership with John and Dan [Kagan from Orion Pictures] and their amazing team, Svalta is the perfect project to do that.”

Being a huge fan of the Cornetto trilogy, as well as several other Pegg/Frost collaborations from the past 20 years, this excites me. No word yet on whether either will star in the film, but I would be surprised if they didn’t. The premise sounds fairly simple, but I like the idea of none of the locals being willing to help them, as I think it adds to the sense of dread and doom. I’m all for straight-up horror, but I am kind of hoping we get some of their trademark humor in the film as well.

What do you think about the news? Excited to see more Pegg and Frost on the big screen?