The founder and ringmaster of Dark’s Pandemonium Carnival. The leader of the Autumn People. The Illustrated Man. Mr. Dark (Jonathan Pryce) holds many titles and many names but has only one goal: to tempt as many living souls into joining his carnival as possible. When two young boys discover his diabolical plot, he shifts his attention to them and makes his mission to get their souls by any means necessary. The film is a bit of a mess but Pryce shines as the insidious ringleader. While the character is not the Devil and is most likely not a demon, in Pryce’s hands, he might as well be. He plays him like a wish granting trickster that will offer you anything in the world but for a price. Creepy, unrelenting and unpredictable, Mr. Dark is the stuff nightmares are made of. 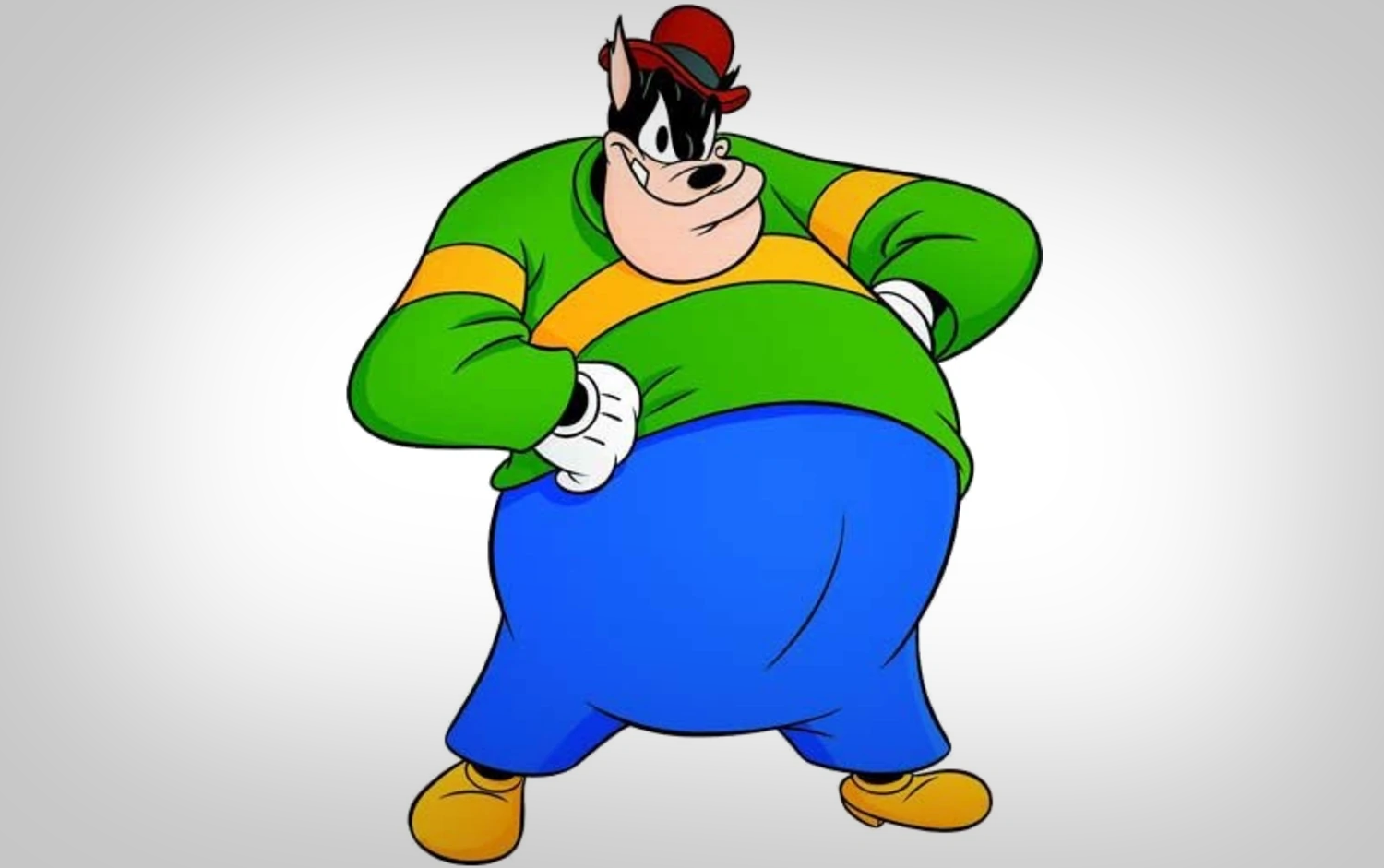 Pete was originally created to be Mickey Mouse’s arch nemesis but it soon became apparent that his assholeness couldn’t be relegated to just one character. The only bad guy to menace every single major old school Disney character (even Oswald the Lucky Rabbit), Pete (Jim Cummings) is the Swiss Army Knife of d-bags. Instead of creating new baddies, the animators just use him however they see fit. He can be a steamboat captain to torment Mickey, a cowboy to threaten Donald, and even a used car salesman to agitate Goofy. He’s an all purpose jerkass. Based on the ancient Greek myth of the same name (almost every Disney movie is based on something), Hercules is the son of Zeus and Hera who was kidnapped by two demons named Pain and Panic and turned mortal by his evil uncle, Hades. Since they botched the job, he still maintains his immense strength, which is a constant source of consternation for all around him.

After learning that his true home is on Mount Olympus from his foster parents, Hercules embarks on a journey of self-discovery to prove himself a true hero. With the guidance of Zeus (Rip Torn), tutelage of Philoctetes (Danny DeVito) and love of Megara (Susan Egan), he’s able to save Greece from Hades (James Woods) and his rampaging titans and in doing so, finally earns his place amongst the gods. Good natured, humble and warm hearted, Hercules is perhaps the greatest hero Disney ever produced. 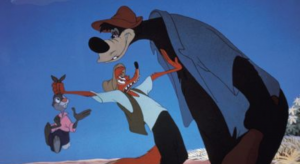 Since Disney refuses to release Song of the South, there are whole generations of people who only know these characters from Splash Mountain. And honestly, if that’s all they were from, they’d still probably make the cut on account of how amazing that ride is. Included in the animated segments of the film, Br’er Rabbit and his enemies Br’er Fox and Br’er Bear are characters Uncle Remus (James Baskett) tells stories about throughout Song of the South. Outside of Baskett’s lovely performance and the iconic song Zip-A-Dee-Doo-Dah, they’re easily the best parts of the film. In fact, they’re probably the only part of the film that isn’t problematic. 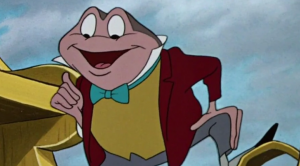 Mr. Toad (real name J. Thaddeus Toad, Esq.) is the happy-go-lucky proprietor of Toad Hall who, through his addiction to fun and adventure and his insatiable love for transportation vehicles, has built a great deal of debt disregarding his financial responsibilities. He’s like Arthur but instead of being a crippling booze hound, he’s an incurable motorhead. The ironic part is, he’s an absolutely terrible driver. A fact that anyone who’s ridden Mr. Toad’s Wild Ride can attest to. The Wind in the Willows has a bit more plot to it than just him crashing into things but there’s a reason none of that is included in the ride. His god awful driving is just the best thing. Outside of the Hamilton soundtrack, there may not be a more culturally significant album of the decade than Frozen. Almost every single one of its songs became an instant classic but none became as popular as Let it Go. Idina Menzel sings the shit out of it and does such a good job, that they scrapped the original plan to have Demi Lovato sing a more chart-friendly version and it actually changed the narrative arc of the film. Elsa was originally supposed to be the villain of the story but the song was so good, they decided to change the story to accommodate it. They knew they couldn’t get rid of the song, so they just changed the film in order to keep it. That’s how good the song is. She barely has an arc in either one of these films (they clearly had no idea what to do with her in the sequel) but she is the only Disney character with two Oscar nominated songs to their name, so that alone guaranteed her a spot on this list. 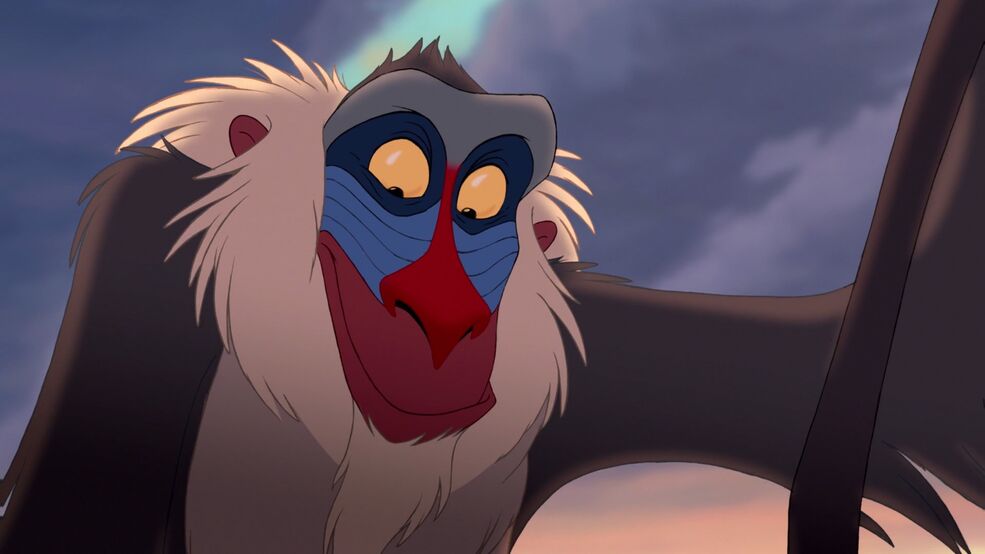 A mystical mandrill who serves as Royal Mjuzi of the Pride Lands, Rafiki (Robert Guillaume) is an eccentric sage who uses his wisdom, however cryptic it may be, to help guide Simba. His role as shaman is threefold: to advise King Mufasa (James Earl Jones), to help groom and shepherd all future Kings and most importantly, to maintain the balance of the Circle of Life. He does this by bombarding all around him with mysterious nonsense, hitting people on the head with his bakora stick and using the ancient art of Kung Fu. He’s part of a long line of seemingly bizarre teachers who’s only purpose is to confuse and bewilder, a trope that’s well past its expiration date but Rafiki rises above that cliche simply by being awesome. 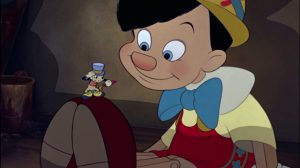 Brought to life by the magical Blue Fairy, Geppetto’s wooden puppet named Pinocchio (Dickie Jones) must prove himself brave, truthful, and unselfish in order to become a real boy. With the help of Jiminy Cricket (Cliff Edwards) acting as his conscience, Pinocchio must navigate all sorts of moral dilemmas and dangerous obstacles if he wants his dream to come true. One of the hardest trials any cinematic character has ever gone through, Pinocchio is consistently and thoroughly put through the ringer. He deals with con artists, greedy puppeteers, evil coachmen, an island that turns boys into donkeys and giant whale. It wouldn’t be for another fifty years till someone put that much effort into getting a little penis and all they did was build a zoo in their backyard. 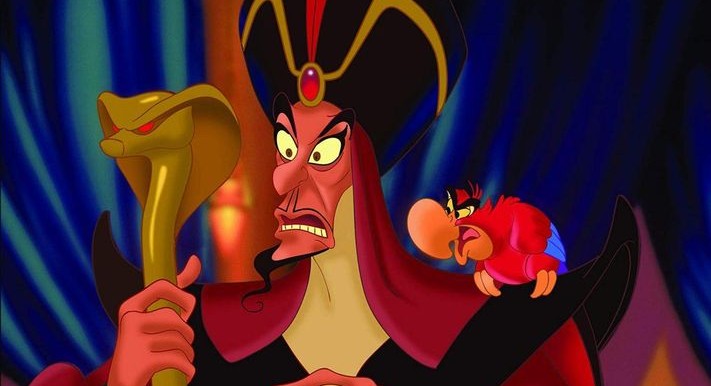 The Royal Vizier of Agrabah and the sultan’s most trusted and loyal advisor, Jafar (Jonathan Freeman) is, in actuality, an imperious schemer who has a passionate disdain for the Sultan and has, from the second he got power, plotted to take over the world by gaining control of the magic lamp. A combination of the sorcerer and vizier from the Aladdin folk tale in the One Thousand and One Nights collection of stories, Jafar is both a megalomaniacal power monger and a powerful alchemist with shape shifting powers, which make him one of the most dangerous foes within the Disney villain canon. The supernatural ruler of the Seven Seas, Davy Jones (Bill Nighy) Is the condemned captain of the Flying Dutchman. Atypical for a male villain, Jones’ character arc and motivations stem from heartbreak and revenge. He was given the Flying Dutchman as well as the sacred task of ferrying souls who died at sea to the worlds beyond by his lover, the sea goddess Calypso. But after she forsake him to a lifetime of servitude, he turned fierce and cruel. A grim reaper who offers unlucky sailors the chance to live forever but at a terrible cost. With the kraken at his command and a crew of undead pirates, Davy Jones sails the seas ever looking for more unfortunate souls to add to his ship.