Orion has released the official trailer for Valley Girl, a remake of the 1980s classic of the same name.

When this remake was first announced (which seems like ages ago because this film has been shuffling release dates for at least two years now), I was disinterested. After I saw the original film, I wondered why they even needed to remake it. The original is not really that good.

Then the trailer dropped today and I saw that Jessica Rothe is the lead. And then I watched the trailer and saw that the film is using Alicia Silverstone (Clueless) as an unreliable narrator to tell her daughter the story of her teens in the ’80s. Once I realized that I was getting Rothe in an ’80s period piece musical, I was sold. I’m a simple man.

The trailer actually paints this as a pretty fun film. I’m going to have to find this on digital because I am here for more Rothe and ’80s in my life. Also, seeing Orion at the start of the trailer felt like a flashback in itself.

Julie (Jessica Rothe) is the ultimate ’80s Valley Girl. A creative free spirit; Julie’s time is spent with her best friends shopping at the Galleria mall and making plans for senior prom. That is, until she falls hard for Randy (Joshua Whitehouse), a Sunset Strip punk rocker, who challenges everything the Valley and Julie stand for. Despite push-back from friends and family, Julie must break out of the safety of her world to follow her heart and discover what it really means to be a Valley Girl. 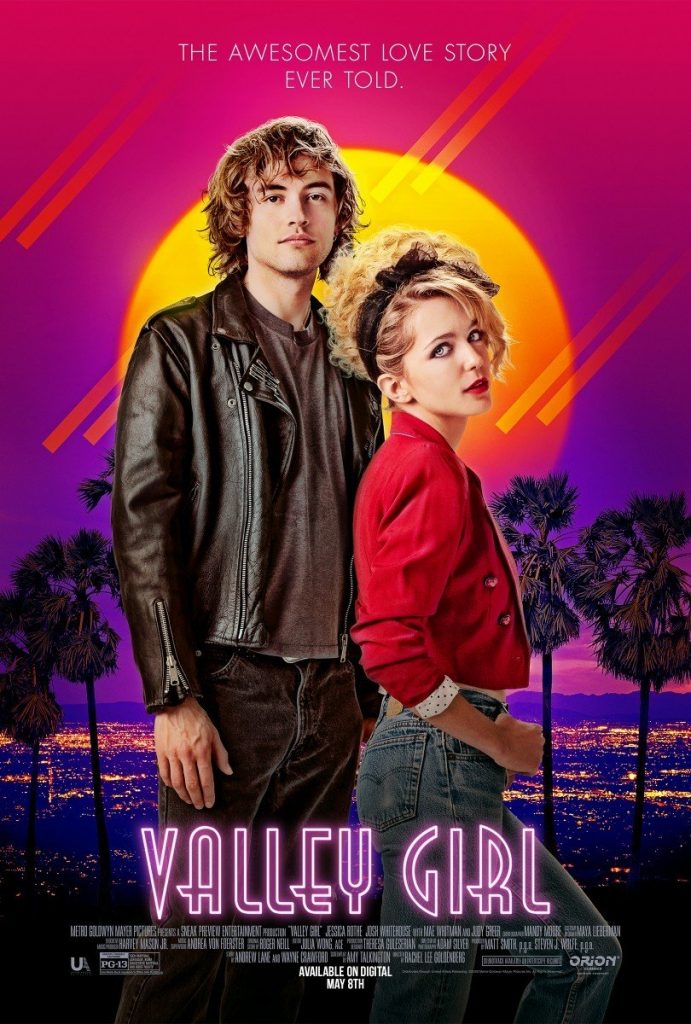 Valley Girl will be available on digital May 8.

Will you be watching this when it hits digital? What are your thoughts on the original Valley Girl? Do you hope Nic Cage makes a cameo?