It’s ScreenAge Wasteland’s 1-year anniversary! When I started writing for SAW (with a look at John Carpenter’s Apocalypse trilogy) I had no idea how interesting, odd and just plain fun this community would be. SAW has been a fantastic place to write for and be a part of, a real bright spot in some dark times.

One of the things we’re doing to celebrate is to write about the things we love, our favorite films, scenes, actors, directors etc. (even our Favorite Monsters). So in that spirit I’ll be spending this month writing about some of my favorite horror films in Fear Flashback. I’d love to hear about your favorite horror films as well, so sound off in the comments if you feel like it! 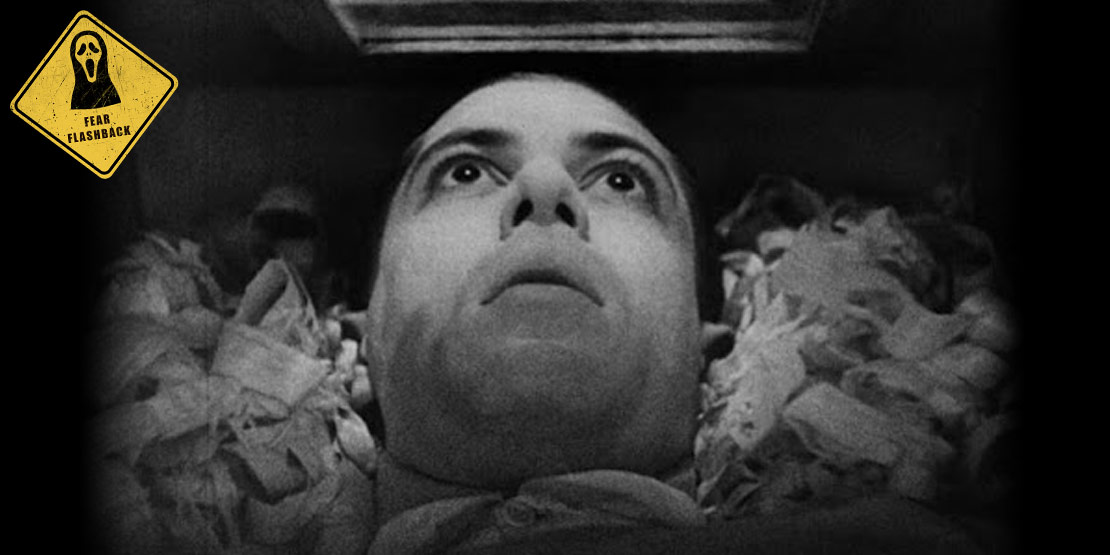 I bought my first bootleg copy of Vampyr at Fantacon back in the 90’s. That Robert Jordan guy was there hawking some new fantasy novel and wouldn’t sign the Conan books I had. I met John Totleben, who is still one of my favorite artists. And in a row of seedy looking dealer tables I found a VHS copy of Vampyr.

Vampyr was one of those films I had heard about from other classic horror fans. I vaguely remembered hearing that it was a ‘lost’ film, like London After Midnight, but that bootleg copies of an incomplete version existed. I’d heard it was reconstructed from two incomplete copies and, while missing pieces, the majority of the narrative was complete. I remember distinctly reading a book on early horror films and seeing an image of a man in a coffin, staring up out of glass cover, terror somehow implicit in his wide, staring eyes. I’d wanted to see it since forever, it seemed, and I could hardly wait to make the trip home so I could watch it. 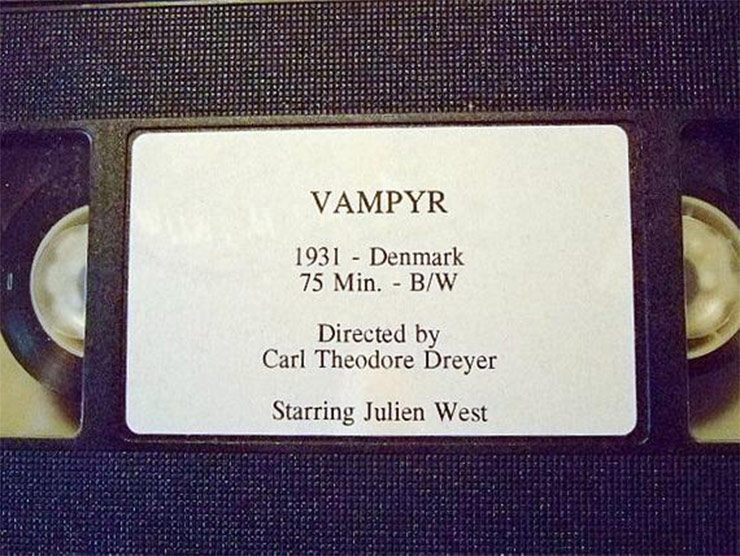 I was entranced. I’ve written before how early films – particularly silent films – are hit-and-miss for me. That I have difficulty suspending my disbelief, especially with early horror films like Murnau’s Nosferatu. Vampyr is NOT a silent film, but it does feel like one and contains elements – like title cards – that contribute to that feeling. I never had a problem getting into Vampyr, though. I think because it doesn’t even try to construct a normal narrative, instead piecing together vignettes and images in a languid, dreamlike way that doesn’t require me to allow for time, technique and technical achievements that have changed the way movies are made. I don’t have to work to get into the film and follow along, instead I’m entranced and pulled into the fog, the silhouettes, the shadows. Vampyr feels like a dream or a nightmare, and I’m happy to dream along.

The Medium
I briefly toyed with the idea of watching my bootleg VHS for this, but I honestly don’t know if I have a VHS player still. Instead, I busted out the Criterion Blu-ray – a gift from my wife. It is, as almost all releases from Criterion are, a beautiful and well-put-together presentation. The box contains the disc, a booklet of essays and a paperback book containing the original screenplay and Sheradan La Fanu’s short story, “Carmilla.”

The picture quality is great and I could actually hear the audio clearly for the first time. I went with the version containing English versions of the title cards (and, later, the book pages that perform the same function). I like subtitles fine, but the white text over black and white text was difficult to parse.

The Movie
I’ve never seen any of director Carl Theodore Dreyer’s other films, not even The Passion of Joan of Arc, his first masterpiece. That’s something I hope to remedy someday. Vampyr was his followup to Joan of Arc and was supposed to be something of a safe choice. A way, to be crass, to make some money. Universal’s Dracula and Frankenstein had revealed a public interest in horror that didn’t seem to exist in the same way before. As it has ever since, horror seemed an easy and cheap way to make money in film. This, unfortunately, did not work out for Dreyer. Vampyr was not well received – in part because it isn’t structured like a traditional horror story. There’s very little in the way of overt violence or horrifying imagery. Instead it’s all suggestion and mood and oddness. After Vampyr’s failure at the box office Dreyer wouldn’t make another film for ten years. 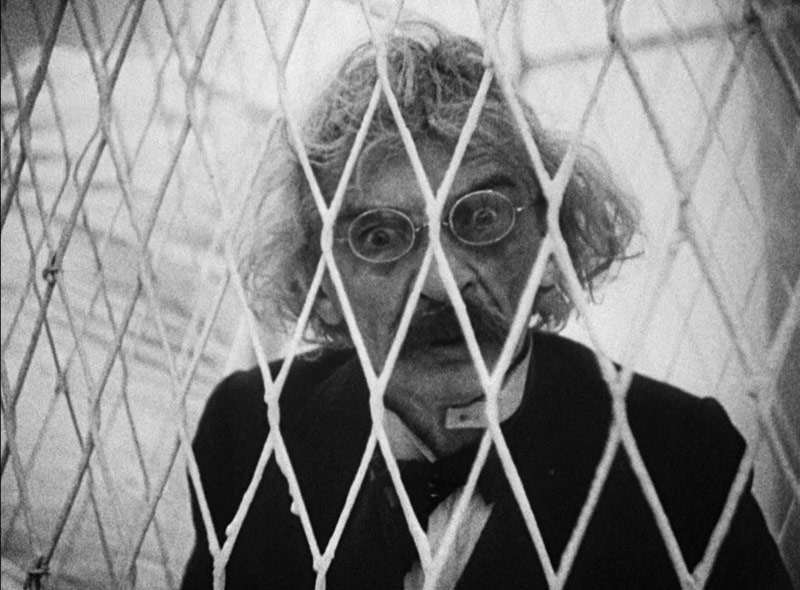 Dreyer in an interview once said that he wanted Vampyr to feel like a room after you’ve been told that there’s a corpse in the next room. Nothing has changed, but everything feels different. It’s an evocative notion, and one that describes the films oddness pretty well. Vampyr works more as a mood piece than it does as a traditional narrative. The storyline is nominally based on a couple of J. Sheradan La Fanu stories (including “Carmilla”), but to be honest there’s little to connect the two, other than the main vampire being female.

Allan Gray – film producer Baron Nicolas de Gunzberg moonlighting as an actor under the name Julian West – a student of the occult comes to a town called Courtempierre at sunset. Gray has always reminded me of Lovecraft narrators for some reason, perhaps because de Gunzberg bears a small resemblance to Lovecraft himself. At any rate I can easily see a Lovecraftian narrative in which a “tall, pale student of the occult” arrives in a vampire haunted down at dusk and I think there’s an avenue of discussion to be had about Lovecraftian themes in the film, though I haven’t read any. 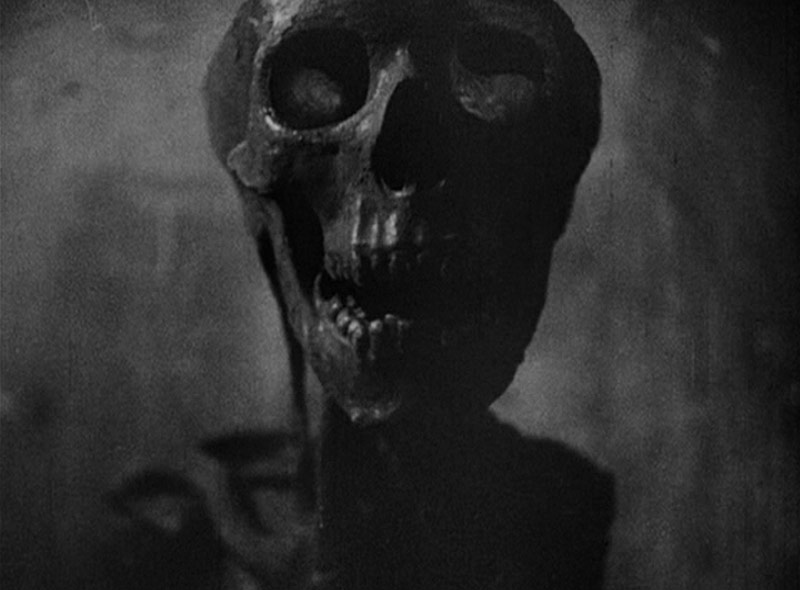 During the night an old man comes into Gray’s room and leaves a package marked ‘to be opened on the event of my death.’ Gray rises and, taking the package, wanders the town at night, finally arriving at an old warehouse or factory. He sees shadows walking, working and dancing on their own. (In one scene the shadow of a soldier climbs a ladder and goes to sit down next the soldier himself. They then rise together and walk off.) He also sees an elderly woman whose presence is distressing enough that he hides from her. He also meets an odd, bespectacled man who turns out to be the town doctor.

Leaving the building Gray finds a huge mansion and observes, through the windows, the old man who had entered his room and left the package. The man is shot, and Gray rushes in to try and help. Over the course of the rest of the night Gray, the servants and the old man’s two daughters struggle against the machinations of the elderly woman and her servants. 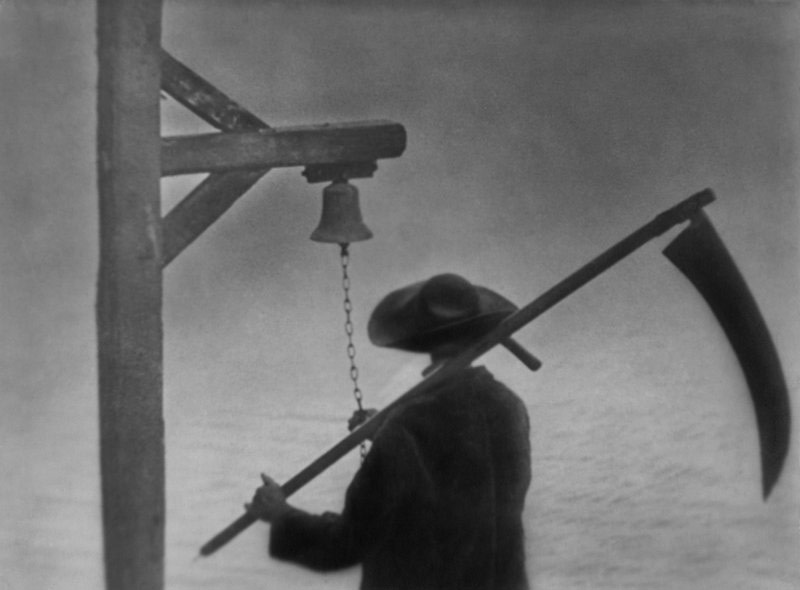 The strength of Vampyr is not in its narrative, rather it’s in the surreal, almost dreamlike way the movie is shot and put together. Everything appears through a sort of gray haze that enhances the feeling of unreality. There is a lot of camera movement, something I don’t associate with early 30’s films, and there are some brilliant setups/reveals using the motion of the camera. There’s very little in the way of dialogue so some of the plot is described in title cards and some in pages from a book, which should be annoying, but actually works. Dreyer uses his knowledge of film to break conventions – there’s almost no way of figuring out the layout of any given location by camera setup or movement, leaving us lost and uncertain of where we or the characters are. People move out of the frame on one side of the screen and re-enter on the other, in direct contradiction to how we expect things to be. People are not where they should be. It’s night, or day, or twilight. Shadows are just shadows, except when they have a mind of their own. 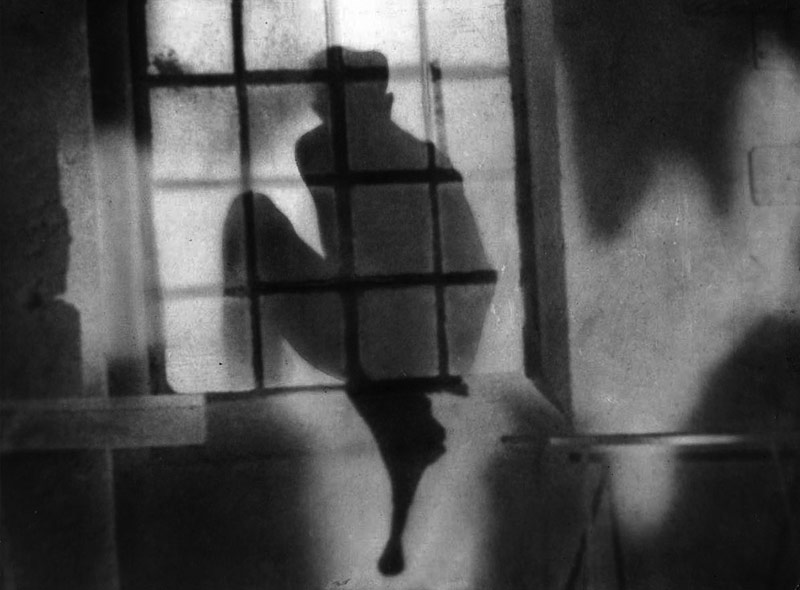 There are so many eerie images in this film. And the way it holds on things that seem unimportant makes even the sign on an inn seem heavy with menace. There’s a sequence late in the film where Gray, tired from giving blood earlier in an effort to save one of the daughters, passes out on a bench. His shade leaves his body only to find another version of himself trapped in a coffin. The sequence in which his corpse, somehow conveying absolute terror without any movement, is nailed in to the coffin and carried through the town past his own sleeping body, is fantastic. 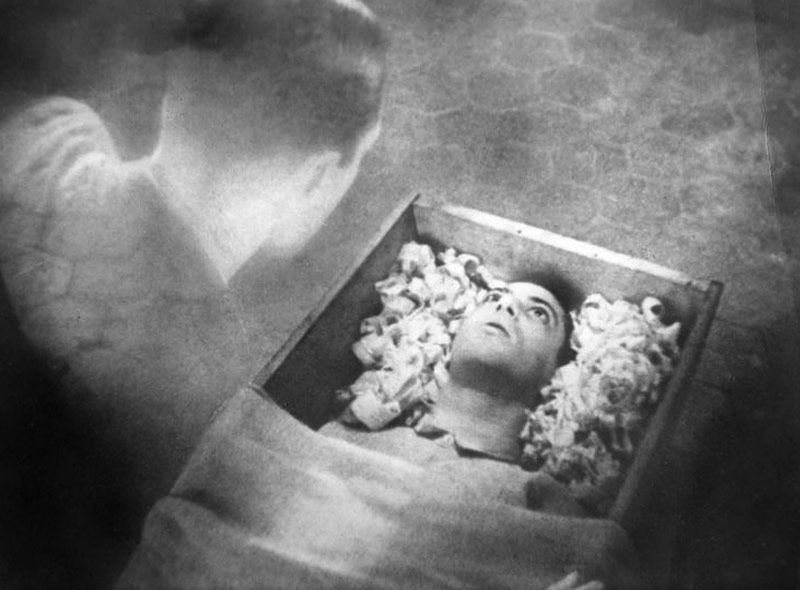 The acting is pretty basic, with little in the way of emotion or nuance. Gray is a cipher and even the vampire herself is terrifying more in her demeanor and framing than she is in any particular act or moment. The one exception is a great one. The oldest daughter, Léone, is played by a professional actress (Sybille Schmitz). She is the vampire’s victim and during one sequence she goes from pitiful, dying young girl to leering, evil creature lusting for blood – or more. It’s horrifying and effective and a real standout moment for the actress. 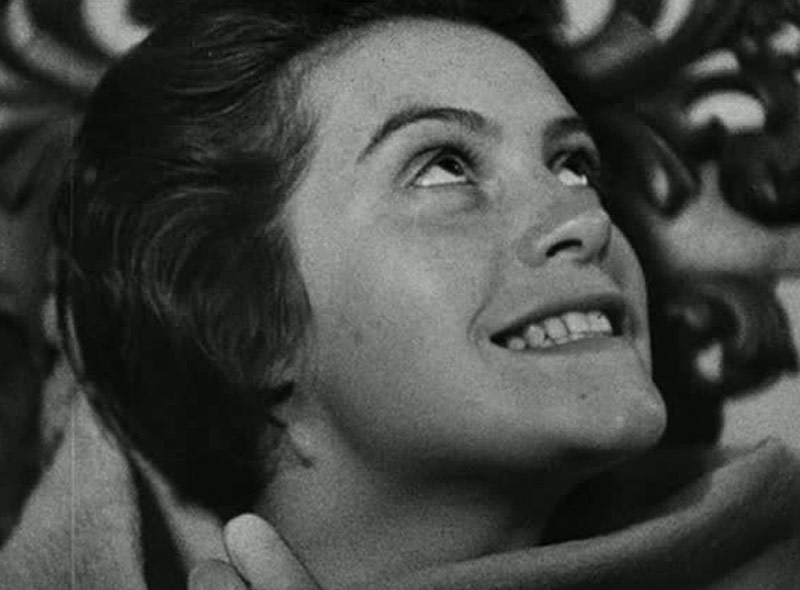 The Bottom Line
Vampyr is a film made in France by a Dane in the 1930’s, so there’s a level of effort you have to take to get into the mood. It’s also so slow as to be almost stately. If you don’t like old black and white horror movies, or slow movies, this probably isn’t for you. But if you can get past that and allow yourself to be transported by the look and the feel of the film, it’s well worth it. It’s like watching a nightmare, and it’s one of my favorite films.