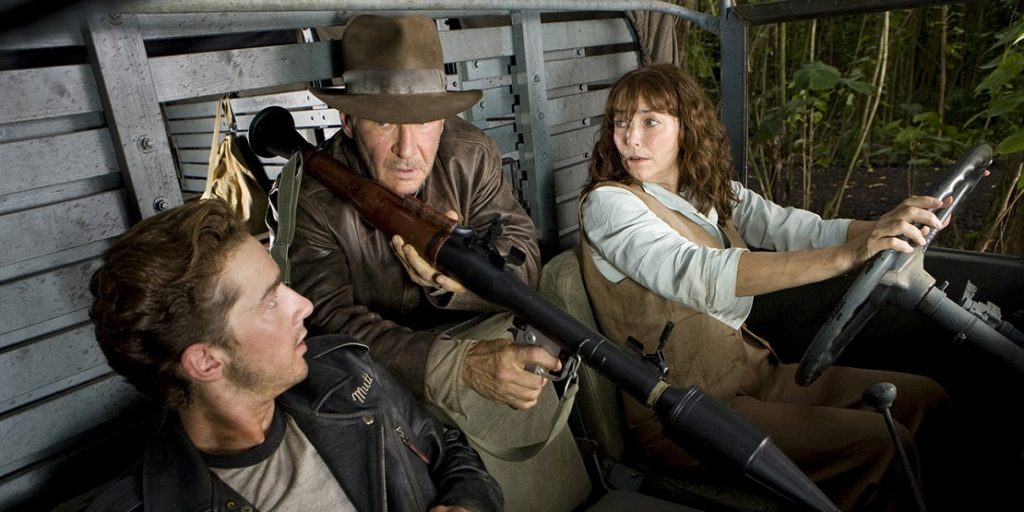 Hollywood has been trying to get a fifth Indy adventure off the ground since Kingdom of the Crystal Skull was released back in 2008. Numerous writers have taken a crack at the script, but none have managed to stick around. Last year, Jonathan Kasdan (Solo) signed on to pen the script for a 2020 release. Those plans eventually fell through with director Steven Spielberg choosing to do West Side Story first.

Now, in an interview with Den of Geek, writer David Koepp (who previously tried to make Indy 5 a reality) revealed he is back at it:

“I’m working on it again. We’re still trying. And I think we’ve got a good idea this time. We’ll see.”

Koepp is one of Hollywood’s most treasured screenwriters. He is responsible for writing or co-writing blockbuster hits Jurassic Park, Mission: Impossible, Spider-Man, and War of the Worlds. He also co-wrote Kingdom of the Crystal Skull though, as well as Jack Ryan: Shadow Recruit and 2017’s The Mummy. His recent output isn’t as esteemed as his earlier works, but the talent is there, it just might be covered in cobwebs.

Personally, I think Kingdom of the Crystal Skull gets a bad rep because it didn’t fulfill every fan’s ultimate fantasy for Indiana’s next adventure. It was The Force Awakens before The Force Awakens hit theaters. The film has a lot of great moments, and Shia LaBeouf did not tarnish the franchise. It’s not as great as the original trilogy, but it’s certainly not as bad as we could have gotten.

Back in 2016, Koepp spoke with Collider and talked about how Indiana Jones is all about the MacGuffin:

“I think that what [Indy] looks for and when he looks for it dictates what the movie’s gonna be. So the selection of the MacGuffin is everything. I think Kingdom of the Crystal Skull, being set in 1957 there was a conscious desire to say, ‘Much like two of the other ones were World War II movies set in the 30s and early 40s, this is ’57 so a lot of our influences are gonna be science-fiction movies.’ You got that with the original [script], Jeb Stuart took the first shot at it with Indiana Jones and the Saucer Men from Mars. That was a really conscious decision that dictated a lot about what the story would be and what the movie would be like, and I think that was followed through on really nicely. I thought Steve did a really good job with that. I don’t know that the idea was most suited to an Indiana Jones movie, but that was what we did. So we tried to be very careful with the selection of the MacGuffin and the eras to give ourselves as much latitude to make the best kind of Indiana Jones movie that we most want to see. Learning how that’s the importance of the choice of the MacGuffin is a big deal.”

You see, we could have gotten ourselves an Indiana Jones movie with Saucer Men from Mars. Instead we got a race of aliens with crystal skulls. Is that better? I think so. Where Indiana Jones 5 might take us is anyone’s guess, but I’d be down for a trip to Atlantis.

Indiana Jones 5 is currently slated to hit theaters July 9, 2021. We’ll keep you updated if that changes.

If an Indiana Jones 5 has to get made, what mythical artifact or legend do you want to see the character tackle?