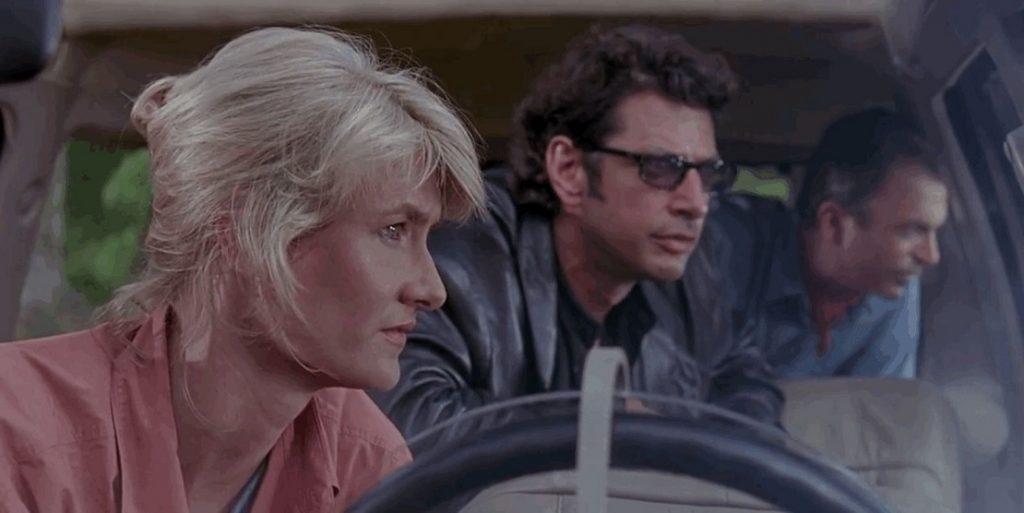 Director Colin Trevorrow revealed the return of the original Jurassic Park trio at a screening of Jurassic World at the ArcLight Cinemas in Hollywood Tuesday night. Amblin later confirmed the casting news on its website. Check out the video taken from the event below, provided by Collider.

.@ColinTrevorrow is also brining back the original cast of 'Jurassic Park,' Sam Neill and @JeffGoldblum to reprise their roles in #JurassicWorld3! pic.twitter.com/nlVwKef10i

If we were to theorize based solely on the above videos, I would guess that Laura Dern will have the most to do out of the original three, since Trevorrow specifically said she will have  “major role, not a cameo.” Of course, this could just be because Dern appeared for like five minutes in Jurassic Park III, while Neill’s Dr. Alan Grant had all the fun(?).

Goldblum has already appeared in the Jurassic World franchise, making a couple of brief cameos in Jurassic World: Fallen Kingdom as Dr. Ian Malcolm. But this will be the first time since the original Jurassic Park that all three will have shared the same screen.

Details on Jurassic World 3 are currently being kept hush-hush, but if the first live-action Jurassic World short provided any clues, it was that hopefully the sequel will be amping up the horror-filled tension that has been missing from the franchise since The Lost World: Jurassic Park.

Are you excited to see Dern, Neill, and Goldblum back for Jurassic World 3? Which other Jurassic Park characters would you want to see return?