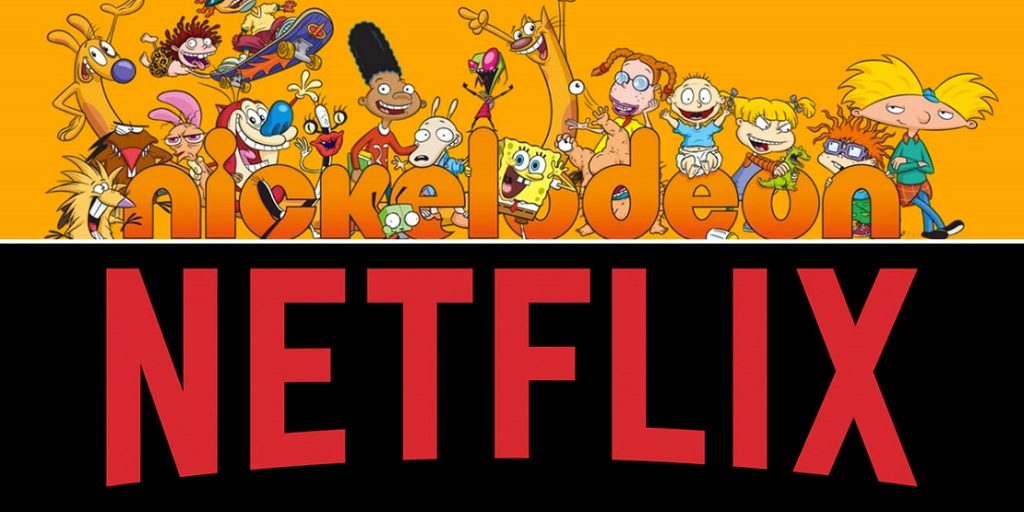 Disney+ launched on November 12 and racked up 10 million subscribers by the end of its first week. I don’t know if that made Netflix sweat at all (probably not), but the original streaming service has taken steps to ensure that nobody will be cancelling them anytime soon.

Variety reports that Netflix and Nickelodeon have formed a new multi-year output deal to produce original animated features and television series, based on both existing Nickelodeon characters as well as brand-new ones.

Nickelodeon previously brought Rocko’s Modern Life: Static Cling and Invader Zim: Enter the Florpus to Netflix. Specials for The Loud House and Rise of the Teenage Mutant Ninja
Turtles are currently in the works.

“Nickelodeon has generated scores of characters that kids love, and we look forward to telling wholly original stories that re-imagine and expand on the worlds they inhabit. We’re thrilled to continue collaborating with Brian Robbins, Ramsey Naito, and the creative team at Nickelodeon in new ways as we look to find fresh voices and bring bold stories to our global audience on Netflix.”

Netflix says that 60% of its subscribers watch kids shows and movies regularly, so this is smart move on its part to keep parents from cancelling. Because while we grew up with Saturday morning cartoons, today’s kids are growing up with Netflix.

Renewing their partnership wasn’t the only deal Netflix managed to snag this month. The streaming service also purchased Beverly Hills Cop 4 off Paramount.

Some reports are suggesting the poor box office performance of Terminator: Dark Fate meant that Paramount needed some fast cash, but if I was Paramount wouldn’t I sell Coming 2 America before Beverly Hills Cop 4?

Eddie Murphy is currently experiencing a nice acting renaissance. There have been Oscar rumblings for his starring role in Dolemite Is My Name, he’s gearing up to shoot sequels to Coming to America and Beverly Hills Cop 3, and he’s rumored to be getting a Netflix comedy special.

Netflix and Murphy clearly have a good relationship, and if Beverly Hills Cop 4 is a success, the service has an option for a sequel. However, Netflix and Paramount must be pretty cozy as well because this is the third film they’ve sold to them after The Cloverfield Paradox and Annihilation (outside the United States).

What do you think about Netflix being the home of Nickelodeon and Eddie Murphy? Will it keep you from cutting the invisible Netflix cord for a little while longer?