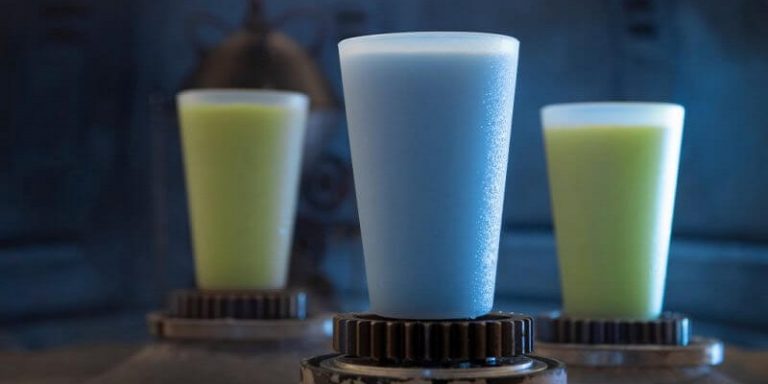 Star Wars: Galaxy’s Edge is having its world premier today at Disneyland and a slew of entertaining additions to the theme park have been unveiled in preparation for official public launch on May 31. 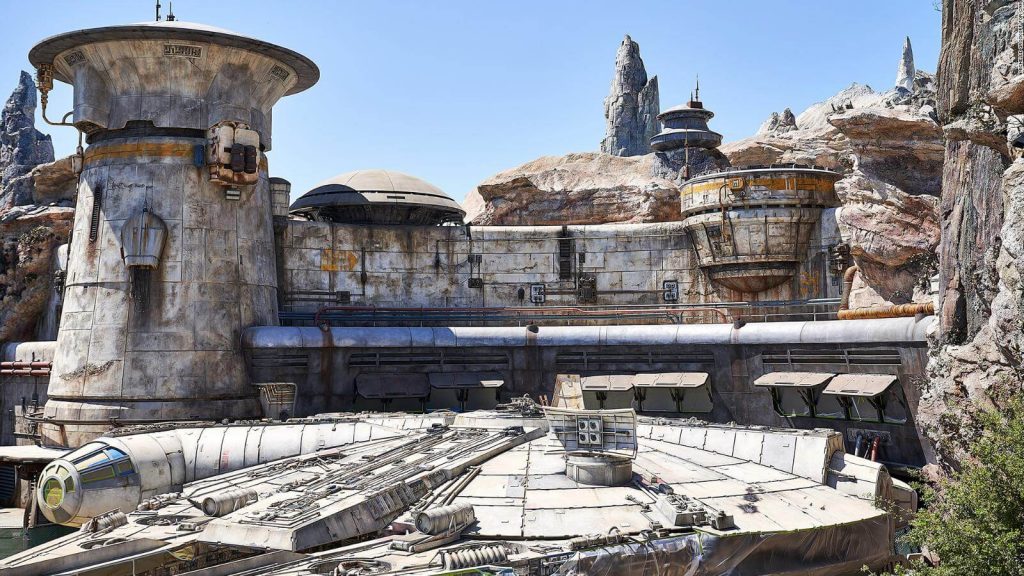 Complete with grand praise from Star Wars luminaries and Disney representatives, Deadline reports that Disney CEO Bob Iger had this to say:

“I have been in this job for 14 years. There are some good days, but this is right up there with the best of them. I always wanted to sidle up to the bar at the cantina” or pilot the Millennium Falcon. “Now we can do all of that, and so much more.”

“Now the technology is here, this thing is amazing. It’s something you couldn’t even dream about 20 years ago. It was a great experience. for me, and it will change your life.” 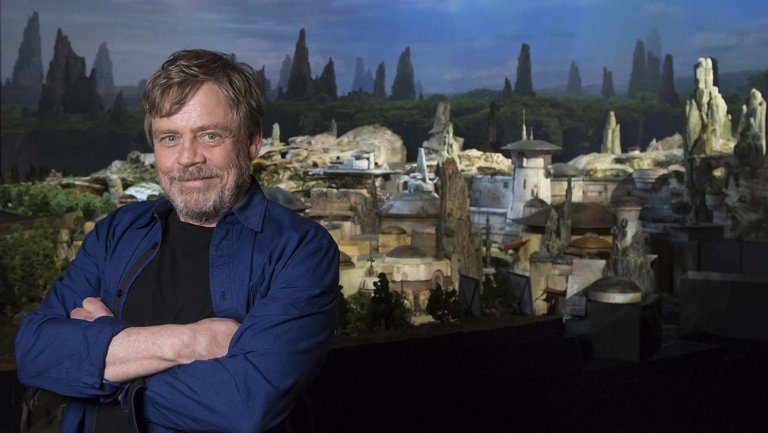 “You are going to love it! This land is for YOU!”

Hamill, spoke to the atmosphere of the unveiling:

“Look at where we are today. We get our own land!  You know, Star Wars to me has always been the gift that keeps on giving, and that reason is you. Parents tell you not to speak to strangers, but people treat me like family, tell me personal stories.”

Later, Ford spoke to the cheering crowd alongside Iger, and delivered the announcement everyone had been waiting for: 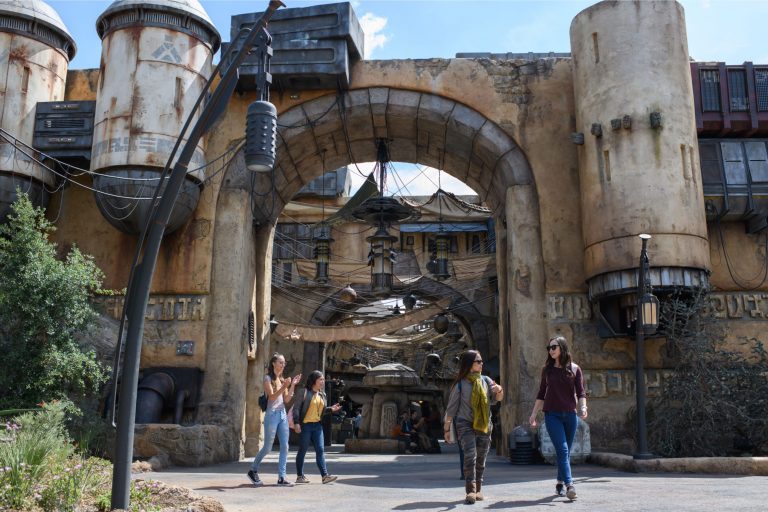 Carrie Beck, VP of Animation & Live Action Series Development at Lucasfilm spoke about the intent of the park (other than spinning those big theme park bucks)

“We have the ability to create ideas that might emerge out of those stories and bring them back in — that’s one of the elements that is most exciting,” added Beck. “It’s really about finding the right moments of opportunity and not trying to force fit. It’s all about the authentic journey.”

Galaxy’s Edge has the aforementioned centrepiece attraction Smuggler’s Run (in a full size Millennium Falcon, where a canon story set just before The Last Jedi will play out for the audience) and Cantina Bar, but visitors can also wander the marketplace of Black Spire Outpost in the newly introduced Batuu, enjoy a meal, buy a pet, drink some blue milk, build a lightsabre or construct a droid. 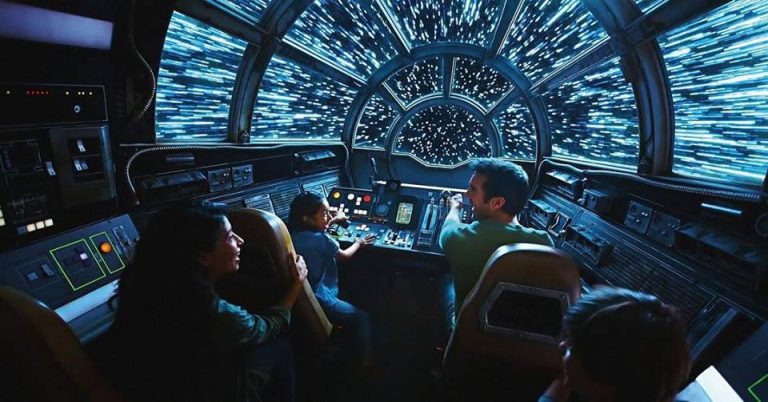 The theme park comes even more alive with the Play Disney Parks mobile app, where you can interact with the environment around you, earn points, hack robots and even claim yourself as part of the Dark side, a Rebel, Scoundrel.

Well, if there was ever any doubt, the Disneyfication of Star Wars is now complete, just as the Emperor has foreseen.

But maybe that’s not a bad thing; everyone still gets to enjoy their favourite trilogy of choice and so long as an idea is making so many people happy, how can that be a bad thing. 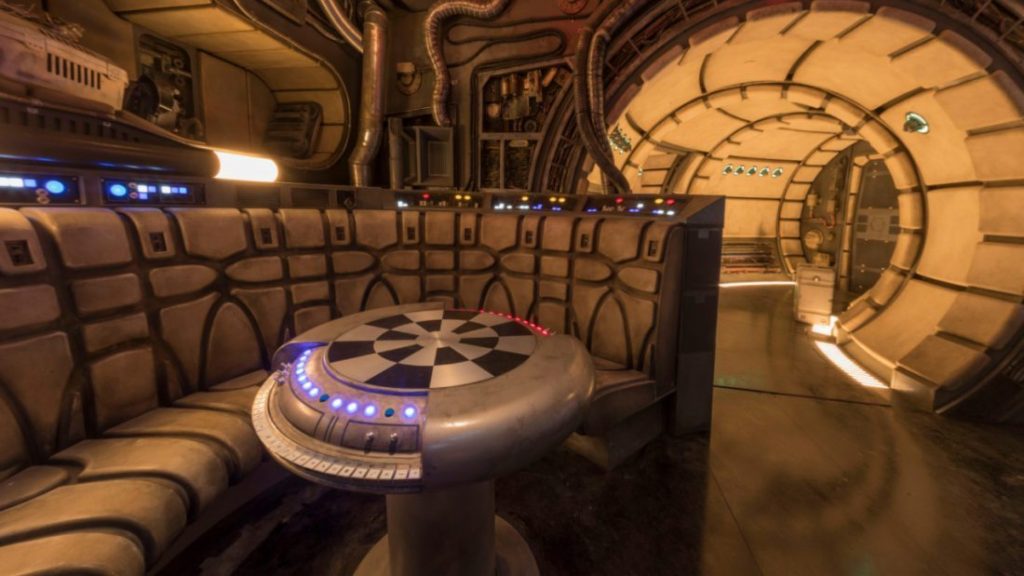 Besides: Full Scale Interactive Millennium Falcon. I don’t care how jaded I get or how little 95% of modern Star Wars I groove to, seeing THAT in person is a lifelong dream.

Let us know your thoughts about Galaxy’s Edge in the comments below!