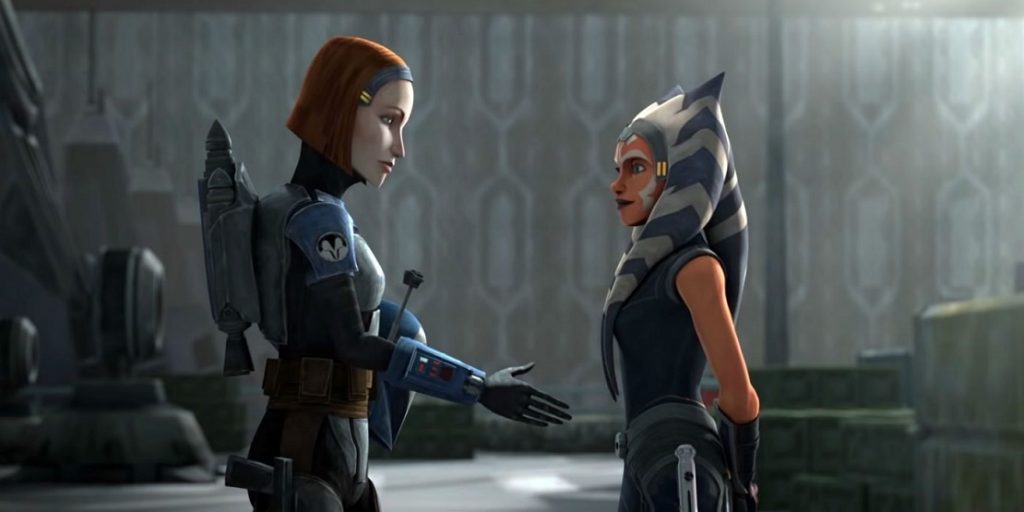 Some major The Mandalorian casting has been making the rounds this week, so let’s take a look at who or what is heading Baby Yoda’s way in season 2.

We already know (or suspect) that Rosario Dawson will be portraying Ahsoka Tano in season 2, but now we have heard from multiple publications that Temuera Morrison and Katee Sackhoff will be reprising their roles from the Prequel Trilogy Era.

Morrison, who played Jango Fett in Star Wars: Attack of the Clones, is stated to appear in a small role in season 2 as bounty hunter Boba Fett. The character, who seemingly died in Return of the Jedi via sarlacc pit, has become almost as popular (if not more) as the Original Trilogy core characters. However, given that all clones were based off Jango there is a chance that Morrison could actually be playing Captain Rex, a popular character from The Clone Wars.

Meanwhile, Sackhoff is slated to reprise her role as Bo-Katan Kryze from The Clone Wars, only in live-action. Given that Kryze looks a lot like Sackhoff (no doubt the character was modeled on the actress), I’d say this is a good call. Sackhoff is a sci-fi veteran with a number of popular franchises under her belt. Seeing her bring Bo-Katan Kryze to life in The Mandalorian will no doubt please a lot of fans.

Although Lucasfilm has declined to comment on the casting, multiple publications list multiple sources, so if you do the math then there’s a 93% chance they will both be appearing. Filming on The Mandalorian season 2 wrapped months ago, so it looks like the guy who everyone made fetch coffee finally decided to spill the beans.

Season 2 will also feature Michael Biehn in an undisclosed role. The first season chose to focus on Mando and Baby Yoda and create its own footing in the Star Wars universe. With that in place it looks like the doors have been opened and multiple beloved characters from the Prequel and Original trilogies will be making an appearance. With Moff Gideon in possession of the Darksaber, a weapon that has appeared in both The Clone Wars and Star Wars Rebels, it was only a matter of time before characters who previously dealt with the blade would appear.

The Mandalorian season two begins streaming this October on Disney+.

What are your thoughts on this bit of casting news? Do you think Morrison is playing Boba Fett? Or could this be another tease from Lucasfilm and he will instead play Captain Rex (or a random clone)? Tell us your opinion in the comments!