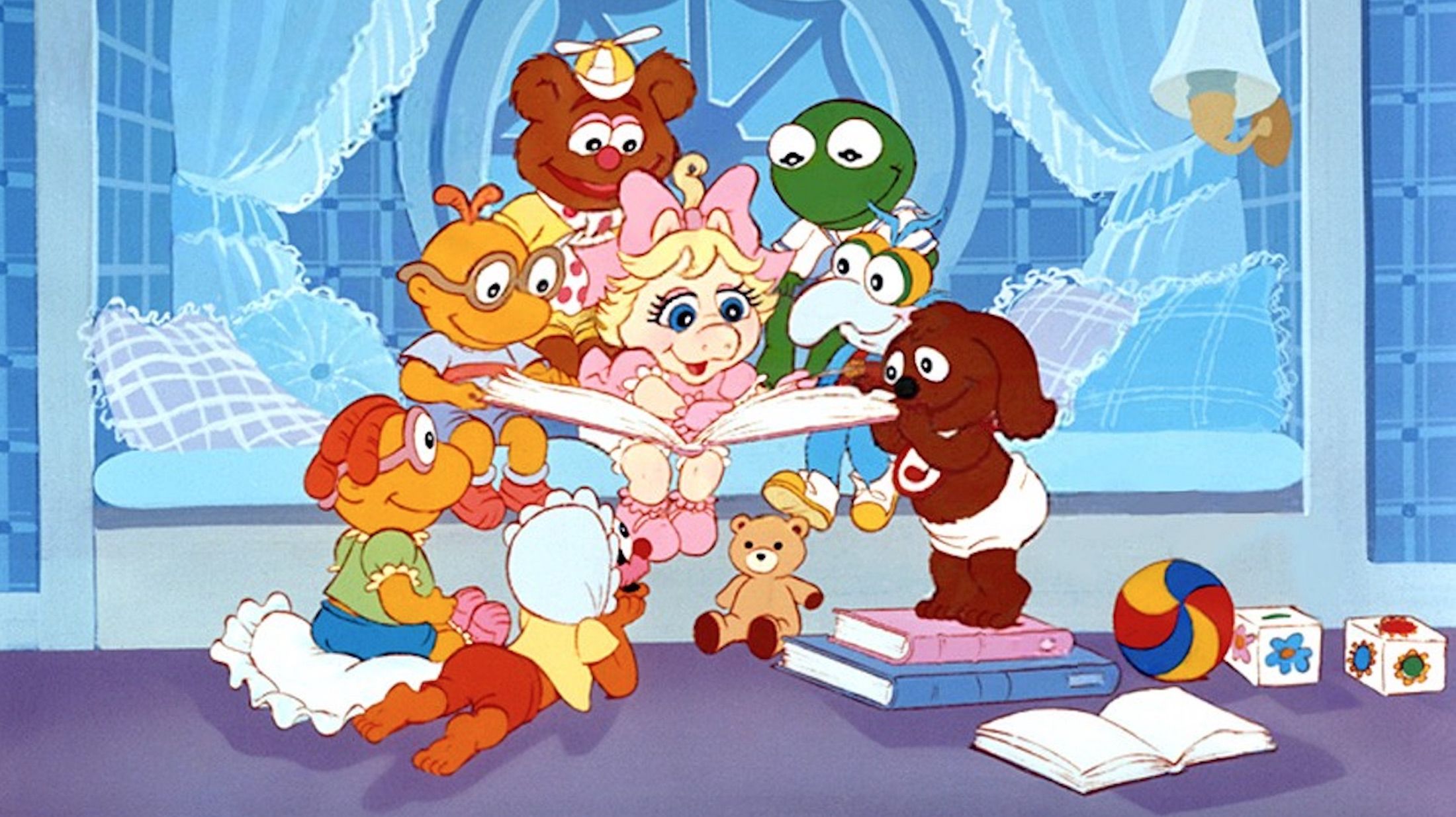 Born from a sequence in the film Muppets Take Manhattan, the idea of seeing those adorable ass puppets as babies proved to be such a hit among fans, that a show was inevitable. Aimed at younger audiences like Rugrats, Muppet Babies is like that show in the sense that it focuses on the wild imaginations of babies but unlike Rugrats, it’s more pop culture oriented.

At a moment’s notice, lil Kermie and friends would fly an X-wing, be Indiana Jones or find themselves in any number of movie related adventures. It’s reliance on references is why it’s endured but also why it’s never been released on home media. Disney bought both the Muppets and LucasArts years and years ago, so what’s the damn hold up? 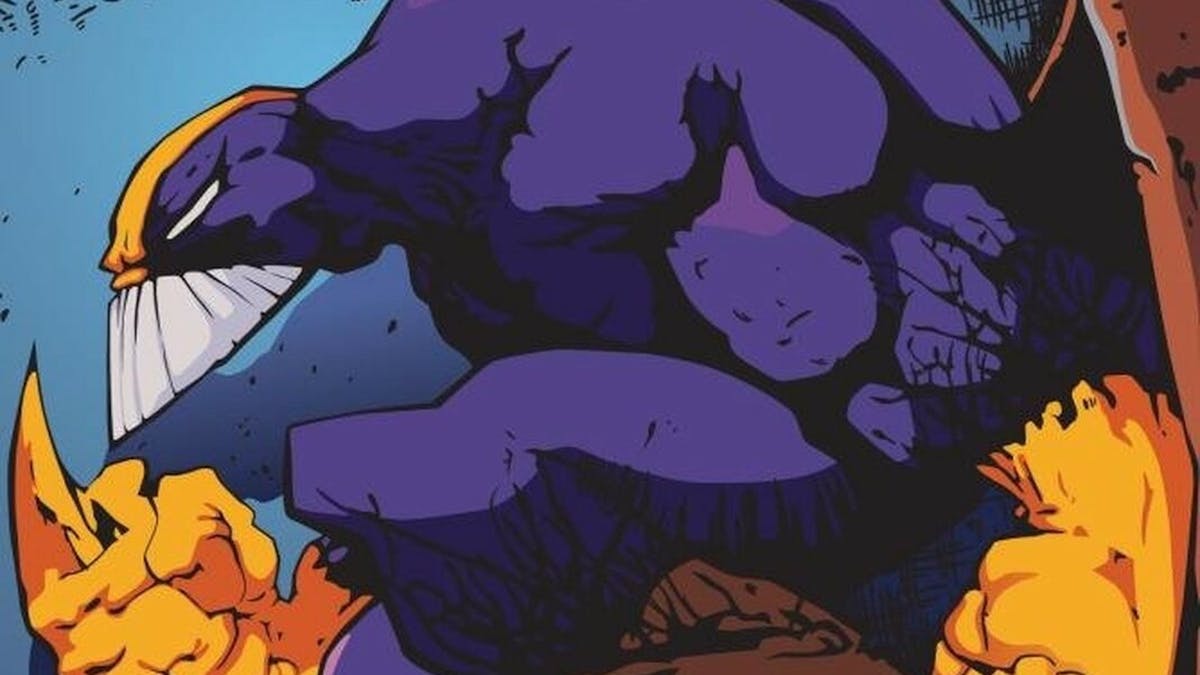 There was a time, a long, long time ago, when MTV was cool. I mean the coolest place in the fucking world. Not only did they play, you know, music but they had some of the most surreal, interesting content out there. There was Æon Flux and The Head and obviously Beavis and Butt-head but the most thought provoking of the bunch was The Maxx. Based on a fairly obscure comic by Sam Keith, the miniseries was about a homeless man who may or may not be traveling back and forth to an intergalactic planet where he and his queen rule. Is any of it real? Is he really the key to peace on “the jungle” or is he just another paranoid schizophrenic? The miniseries dealt with heavy themes like homelessness in America and mental illness along with substance abuse and prostitution, while also subverting the superhero genre in new and interesting ways. 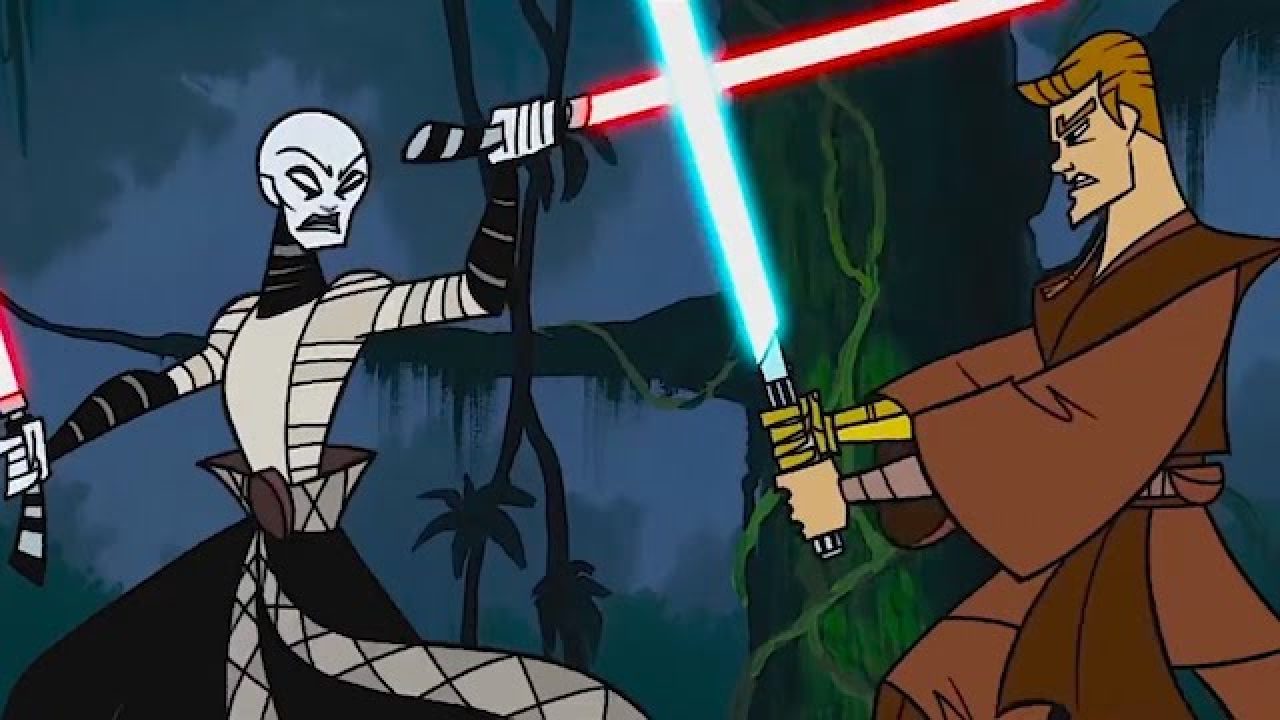 Star Wars was inevitably going to make the cut but since I chose to only do one per franchise, the question was, which one do I pick? Clone Wars or Rebels? After weighing the pros and cons of both, I decided the logical answer was: neither.

I clearly went with the Genndy Tartakovsy version, which blows the other two completely out of the water. There’s not many good things about the prequel trilogy but one positive is that it gave us this cartoon.

Originally airing as 5 minute episodes, the entire series was eventually shown in one unedited chunk and you really get to see the brilliance of Tartakovsky. The man is a genius and I would argue that this is not only some of his best work but it rivals the best of Star Wars. It’s that good. 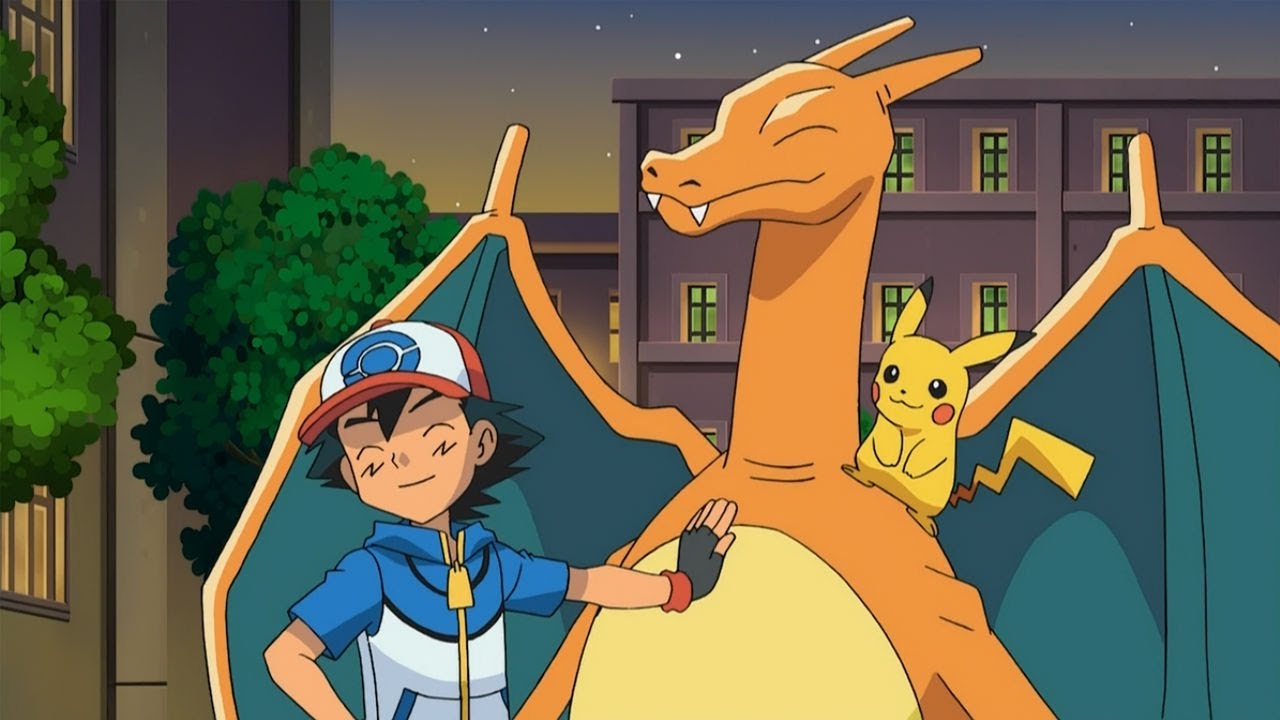 Pokémon is the third longest running cartoon broadcast in America. That’s insane. Hasn’t he caught them all yet? How do you not catch them all? I caught like 50% of them when I played Pokemon Go and I played Pokemon Go for like an hour. He’s terrible at his hobby.

Pokemon follows Ash and his chubby pocket monster slave name Pikachu and they go around beating up other defenseless animals and then, right before they die, Ash chucks a metal ball at their heads that magically imprisons them.

And then he uses his new found slave to fight other animals and the process repeats over and over till everyone dies and there’s nothing left but Pokémon episodes and cockroaches. Arthur is the second longest running cartoon. Isn’t that crazy? 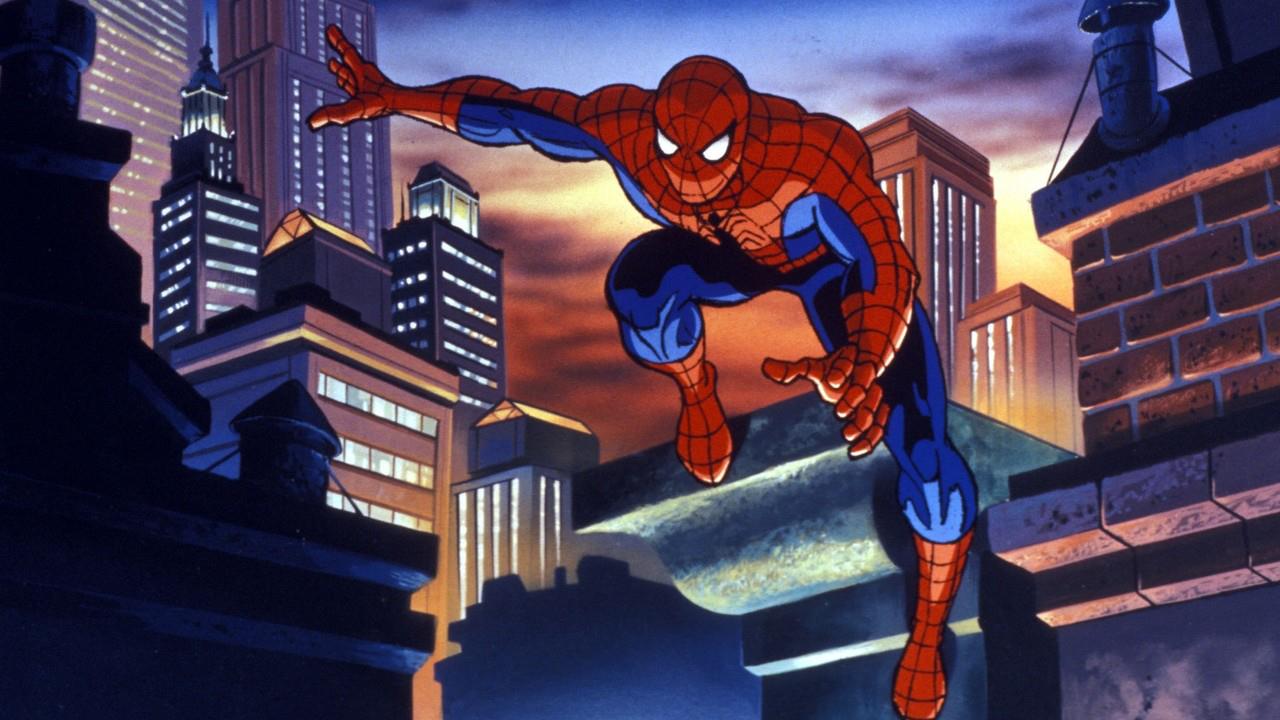 The 90’s were a godsend for comic book lovers. We may not have had the glut of superhero movies like today’s kids but we had Batman, X-Men and Spider-Man on television at the same time. That may not sound like a big deal but for a kid desperately wanting to see his childhood idols on the big screen, this was as good as it gets for a long time.

And that’s not to say belittle the quality of these cartoons. Whether we got movies or not, these cartoons were still fucking great and hold up today. Spider-Man played more like a soap opera than the other two, in so far as it having dramatic episodes that would connect to form a larger narrative. They still had the one off episodes where Spider-Man would stop the Rhino or what have you but it’s adherence to a comic book structure set apart from the pack. 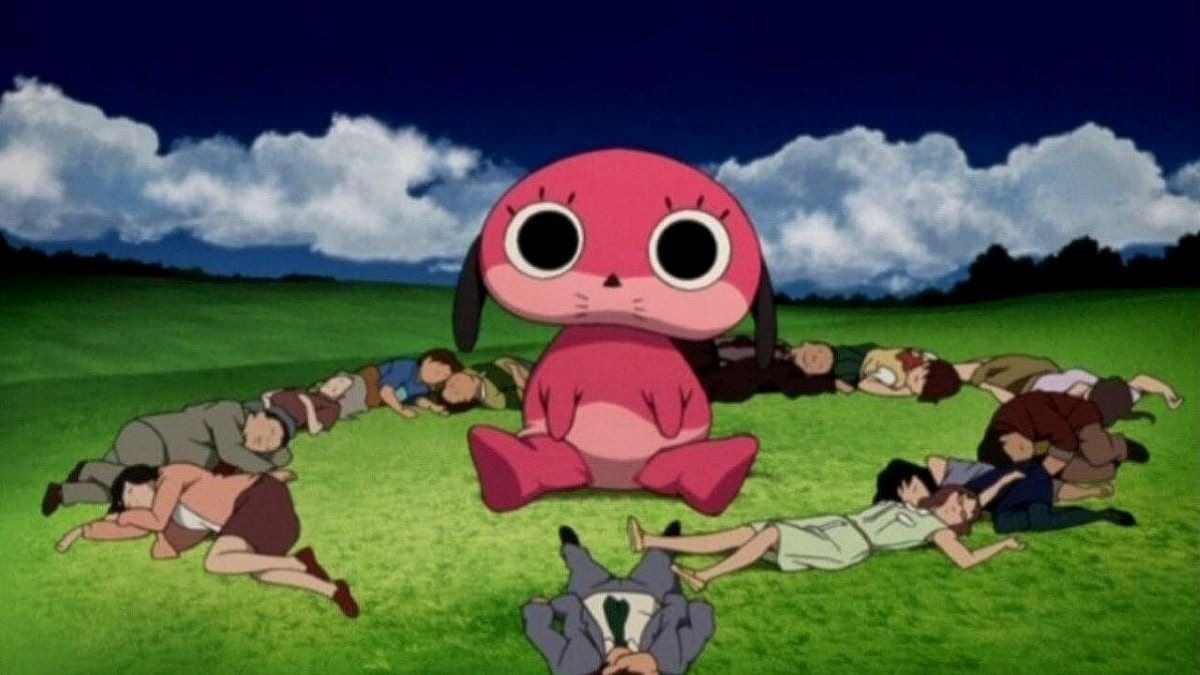 Hayao Miyazaki is the unquestionable king of anime. No one sits higher on the throne than him but there have been contenders. Mamoru Hosoda and Makoto Shinkai have put up a legitimate fight lately with masterpieces like The Boy and the Beast and Your Name respectfully but it’s Satoshi Kon that’s come the closest.

He only made four films with his short time on this earth but when those four films are Perfect Blue, Millennium Actress, Tokyo Godfather and Paprika, the man clearly had the goods. Each film was perfect and was somehow better than the last. He left an enormous footprint in the world of cinema but that’s not all he did.

He also made a little show called Paranoia Agent. A darkly, subversive thriller about a kid killing people with a broken aluminum baseball bat. But it’s about much more than that. Satoshi Kon will never be forgotten in the world of anime film but his work in television should also be revered. It’s a masterpiece. 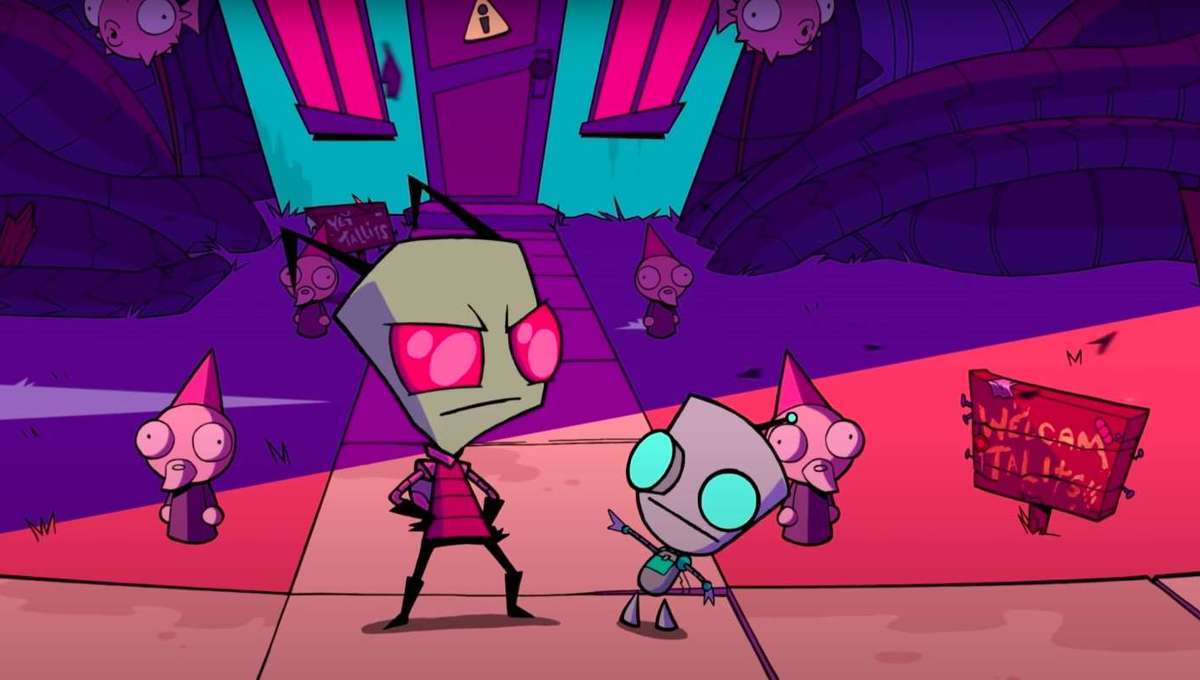 It’s easy to shit on Nickelodeon for prematurely cancelling this show but it’s important to remember that if it wasn’t for them, we wouldn’t have had it in the first place. Jhonen Vasquez is a comic book writer who’s primarily known for creating Johnny the Homicidal Maniac. And Nickelodeon gave him a show. That’s insane.

What’s even more insane, is that it’s amazing. The show is about an alien who is unknowingly banished to earth on a “mission” to infiltrate the humans for an eventual take over. He enrolls in “Skool” and the show follows his misadventures in trying to blend in and a fellow student named Dib’s efforts in trying to expose him. It was odd, it was hilarious, it was unlike anything else on TV at the time, so naturally Nickelodeon cancelled it. I’m not bitter. 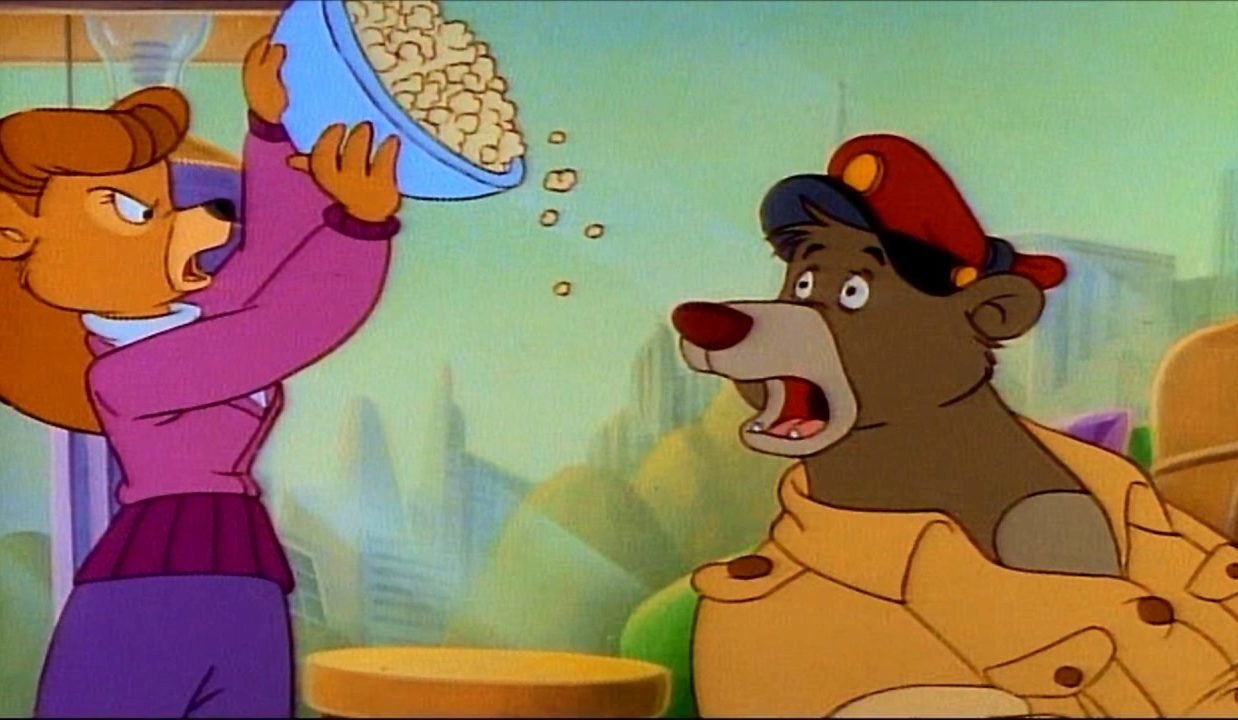 There was a time when Disney was taking chances with properties they owned by taking their established characters and putting them in new scenarios. They made Goofy a single father in Goof Troop, made Donald Duck’s cousin a nighttime vigilante in Darkwing Duck (they’re related goddamn it), made Chip and Dale private investigators in Chip and Dale: Rescue Rangers, they renamed and changed the appearance of Roger Rabbit and made him a cop in Bonkers and made Aladdin….well, they didn’t really change that one too much.

The biggest change from the source material was definitely TaleSpin. Taking the characters from The Jungle Book and merging them with Raiders of the Lost Ark with shades of Casablanca, TaleSpin was a gamble that undoubtedly paid off. King Louie is a fucking night club owner for god sakes. That’s the definition of brilliance. 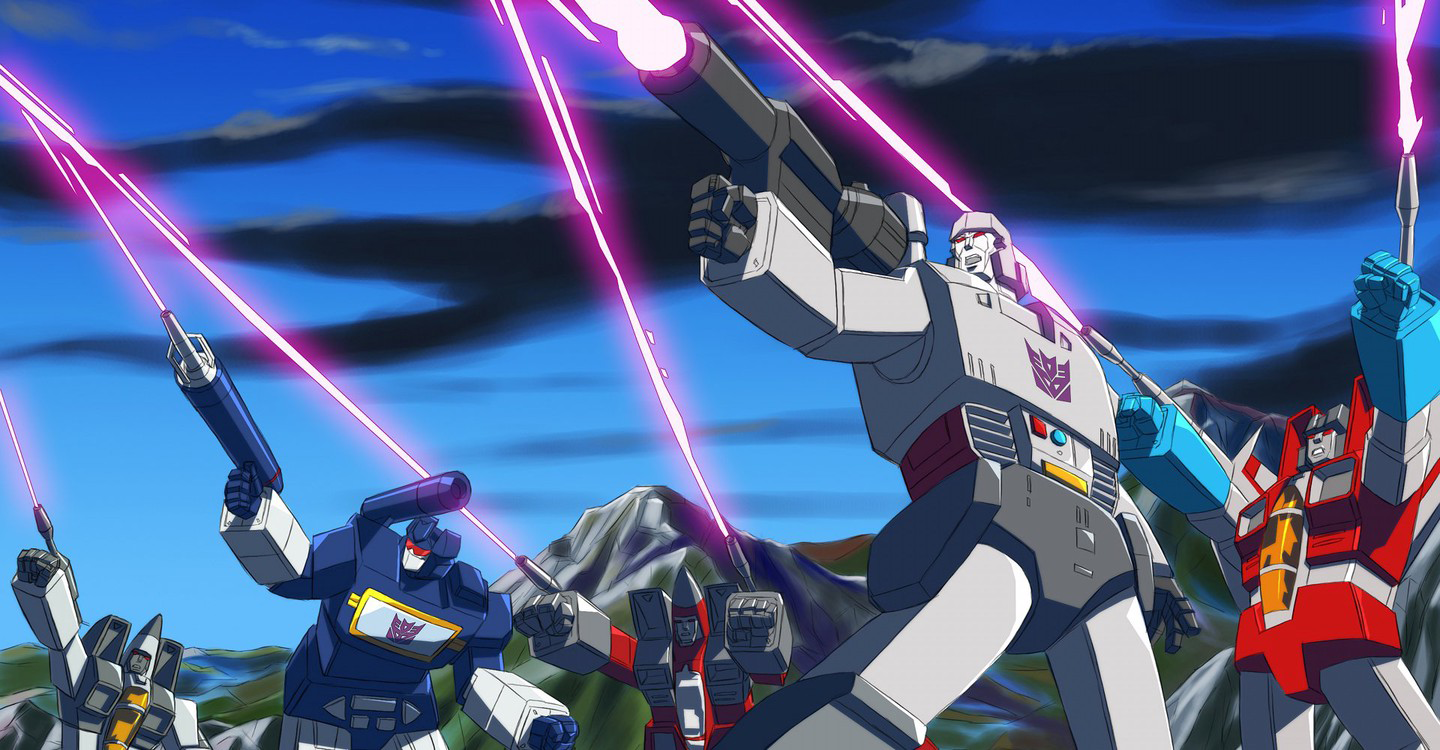 I was honestly going to be controversial by putting Beast Wars on this list instead of Transformers but then I went back and watched some old episodes of Beast Wars and let’s just say, time has not been kind to mid 90’s CGI. It’s still a well written show with cool characters but man, it ain’t pretty to look at. The Transformers on the other hand, has aged like a fine wine.

Yes, Starscream is still annoying and it’s still bizarre to me that Megatron keeps his ass on the payroll but whatever. That’s the 80’s, I guess. It’s biggest contribution is actually the film it spawned. The Transformers Movie was a huge deal and the fact that they killed Optimus Prime (It’s not a spoiler if the film is older than you and it doesn’t matter, he comes back), showed some huge balls. Speaking of a huge ball, Orson Welles was in the film as Omicron. I don’t really have anything to follow that up with, I just really wanted to use that segue. 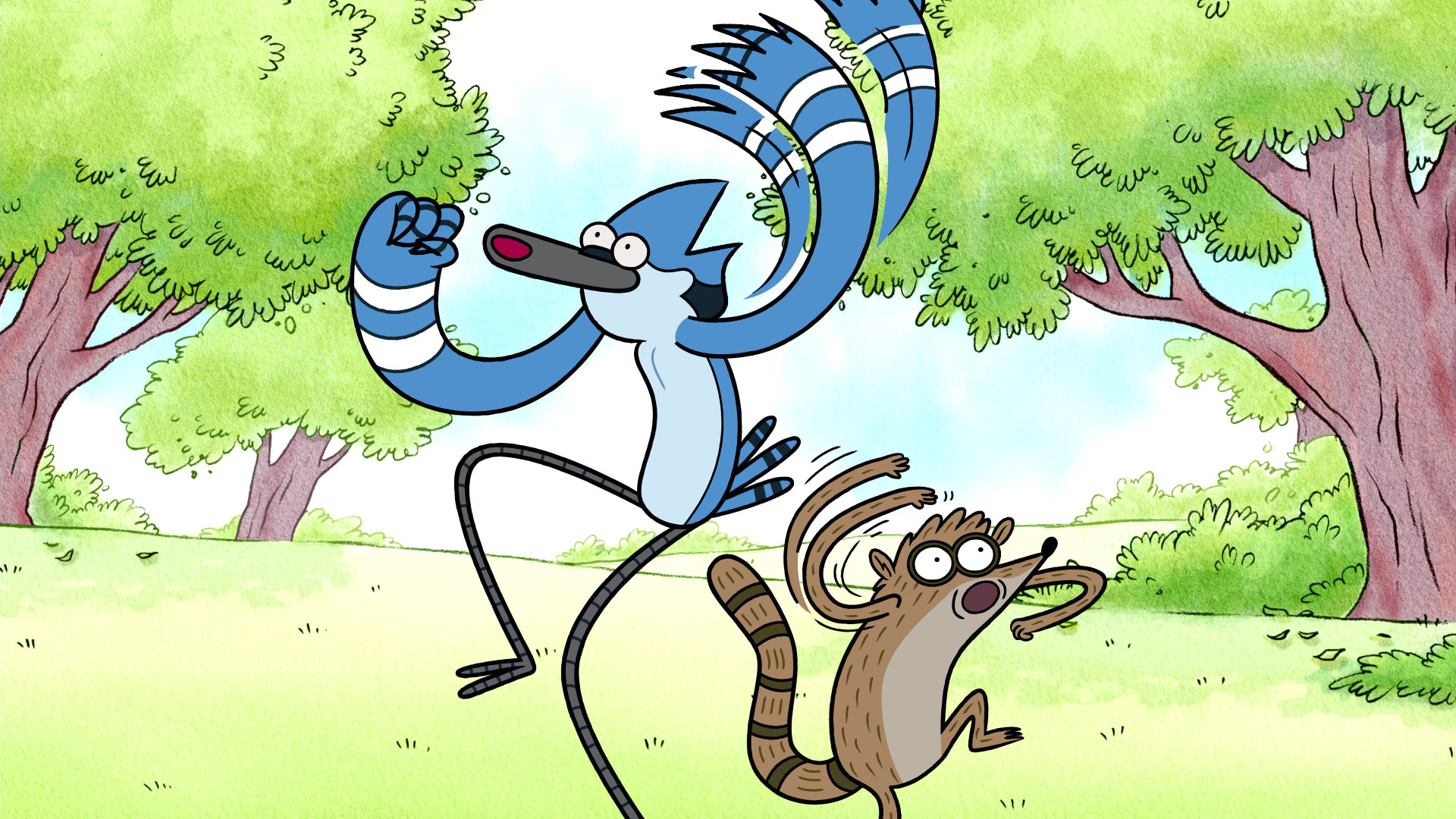 Every generation has that cartoon made specifically for and about them. Regular Show is the cartoon for the “Millennial” (that term gets thrown around so much, it doesn’t even mean the same thing anymore), and it’s a vast departure from the cartoons that were aimed at me when I was younger.

The main characters are still lay about bums like Beavis and Butt-head but unlike almost every other show about teenagers, these two have jobs. They have lives. They go on dates and get into relationships. It’s still as silly as anything can be that has a yeti and high five ghost as supporting characters but after awhile, the silly fades to the background and your left with a real portrait of friendship and that transcends generations.