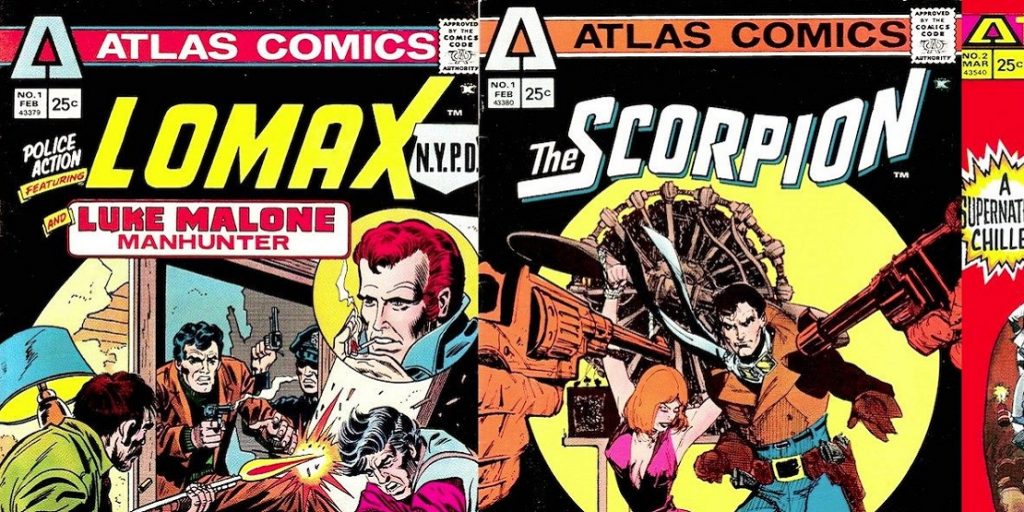 Paramount is home to acclaimed franchises like Transformers, Mission: Impossible, and Terminator, but, since 2012, they’ve been lacking in something every studio wants to get its hands on: superheroes.

Now the original home of the MCU is looking to bring superheroes back into the mix. Paramount has struck a development, production, and distribution deal with producer Steven Paul, who owns a majority interest in the Atlas Comics library, to adapt its catalogue of characters for film.

Writer/producer Akiva Goldsman (Batman & Robin; room for concern right there) has been tasked to form a writers’ room “to develop and build out the universe of characters from the expansive Atlas library.” On the next potential cinematic universe, Goldsman said:

“What an opportunity that we have with the Atlas universe, which spans so many genres: superheroes, sci-fi, fantasy, supernatural, horror, creatures, vampires, cops, cowboys, soldiers … The breadth of this material is extraordinary.”

The Hollywood Reporter says production on the first of Atlas movie is slated for the second quarter of 2020 with a release date target of 2021. Potential films could be based on characters like Tiger-Man, Sgt. Stryker’s Death Squad, Devilina, The Scorpion (an immortal adventurer), The Grim Ghost (a dead robber forced to work for Satan and bring evil souls to hell) and The Demon Hunter (a magical cult member who has the power of invisibility). I’m definitely interested in seeing any of the last three brought to life.

I think the goal here to really succeed is to take a page out of Marvel’s writing and Blumhouse’s production. You need to write a really great script that gets the character right and then keep production costs down. If the budgets don’t exceed $80-100 million, then Paramount could kick off a profitable franchise. Start small and if audiences take to the characters that’s when they can start funneling more money into the universe.

Have you ever heard of Atlas Comics before today? Do you think this universe stands a chance in a world that includes the MCU, DCEU, VenomVerse, and the Valiant Comics Universe?