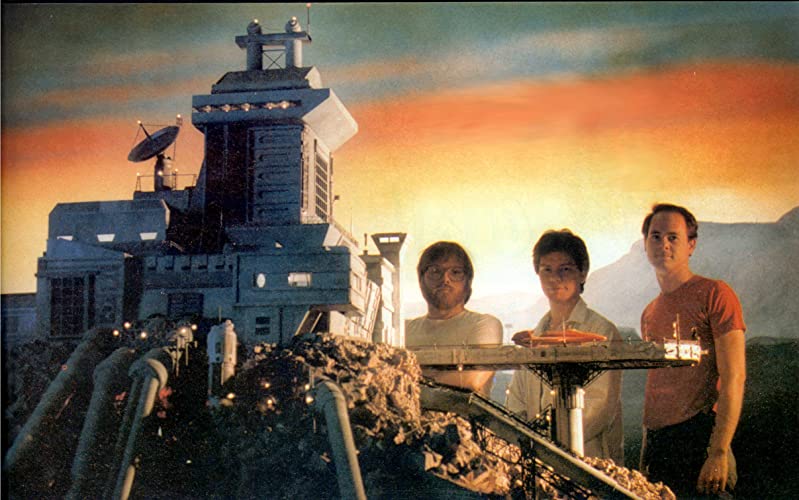 I have a theory that limited budgets can often result in better movies than if the director had unlimited resources to film all the things he wanted. A limited budget forces the filmmakers to come up with creative, practical solutions to effects problems. And because practical and miniature effects are costly and time consuming, director’s have to be careful about the shots they decide to create for the film. And anytime you can draw a genre filmmaker’s attention away from spectacle and refocus it on what matters – character and story – your chance for a better movie increases exponentially.

Beyond the Rising Moon proves this theory.

At some point, either for the DVD release or a SyFy channel re-release, director Philip Cook was given the chance to update the miniatures used for the space scenes with early 2000s CGI. This cut is available on Amazon Prime under the new title Outerworld. I wish I had known this going in. The original cut from 1987 is available on YouTube. I had to go and rewatch the space scenes with all of the original miniature work, and though less polished and dated, the miniatures fit seamlessly with the rest of the picture, whereas the CGI just looks out of place and dated in a way that doesn’t fit the rest of the film.

Outerworld is to Beyond the Rising Moon what the Original Star Wars trilogy is to the Special Edition trilogy (That’s not Moon’s only tie to Star Wars; the updated Outerworld shamelessly borrows sound effects from the Star Wars prequels.) The only problem is, Philip Cook’s original film isn’t even close to the masterpiece the original Star Wars was, but the net effect is the same. You end up with a film that feels cobbled together and it breaks the spell of the world building.

Which is actually quite good.

Philip Cook may have no idea how to cast and direct actors, how to write dialogue, or scenes without massive amounts of exposition, but he does understand how to build a convincing world and he gets sci-fi (there are a handful of references to other science fiction films in Moon). When you consider that the budget for Beyond the Rising Moon was between 7 and 8 thousand dollars, the miniature work in this movie is astounding (and would look even better if lit and shot by a pro cinematographer). And it’s not a simple matter of technical craftsmanship; the designs of the tech (ships and buildings, etc) are all really good designs. I had to pause the movie several times just to get a better look at the world this guy managed to create on such a small budget.

Of course, the acting and dialogue are laughable. The two leads are only charming in a way that amateur actors in cult movies can be charming. The story is pretty derivative, and, as previously mentioned, the first 15 minutes of the film consists of massive info dumps in the form of dialogue (An opening crawl or opening narration would have worked better.) Fortunately, most people giving Moon a try will be genre and cult movie fans and have an easier time looking past the flaws.

Beyond the Rising Moon is charming both because of its shortcomings and because of its earnestness. The love that went into this thing comes through in every shot, every line of clunky dialogue, and in the dozens of highly detailed miniatures used throughout the film. If you can look past glaring flaws and appreciate a film for what it does right, Beyond the Rising Moon is worth running down and watching.