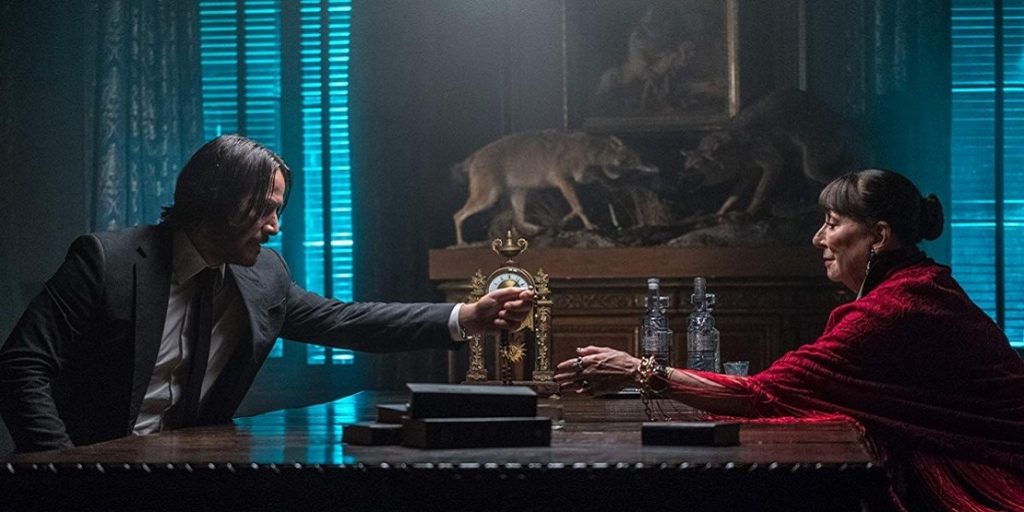 In exactly two years, you can say, “Yeah, I’m thinking he’s back.”

Franchise star Keanu Reeves seems to have been bitten by the sequel bug. In addition to returning for Bill & Ted Face the Music, the actor recently expressed interest to Variety about reprising the character of John Constantine:

I’ve always wanted to play John Constantine again. I just love that world, too, and I love that character. I just had a blast playing a character and in that world.

Reeves portrayed Constantine in the 2005 film of the same name. Currently, Matt Ryan plays the character on TV in the Arrowverse, most notably DC’s Legends of Tomorrow.

Would you be down for a Constantine sequel? Where do you think John Wick: Chapter 4 will take the character? Saw Chapter 3 and need a film with a similar taste to it? Read our first That Pairs Nicely feature letting you know six films that would make a good double feature with Parabellum!