47 Ronin is Getting a Sequel 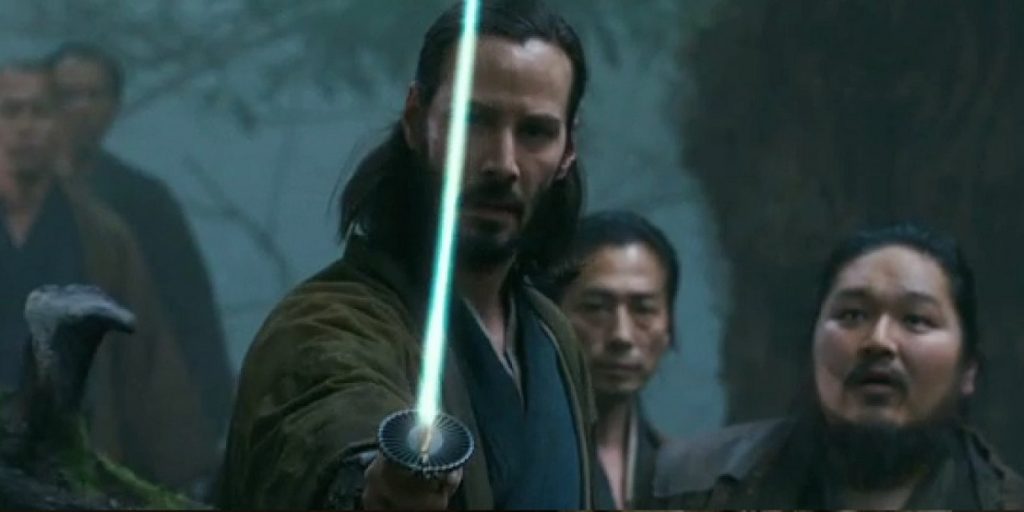 Do you all remember 47 Ronin? It was 2013 and just before Keanu Reeves made an epic comeback a year later with John Wick. It was some weird sort of samurai/fantasy mash up that was a critical and commercial bomb. Now seven years later a sequel is in the works.

Ron Yuan will be directing the sequel for Netflix. The sequel will take the action 300 years into the future and feature cyberpunk and horror elements alongside the returning samurai themes. Here’s what Yuan said on the news:

“I’m incredibly excited to be working with Universal and the producing team on this genre-blending, martial arts, action, horror and cyber-punk film. This will be a fun, intense, supercharged thrill ride for viewers globally.”

No further details (or if Reeves will somehow return) were revealed. We’ll keep you posted and certainly post the trailer whenever this sucker is made.

Zac Efron Returns to Disney for Three Men and a Baby 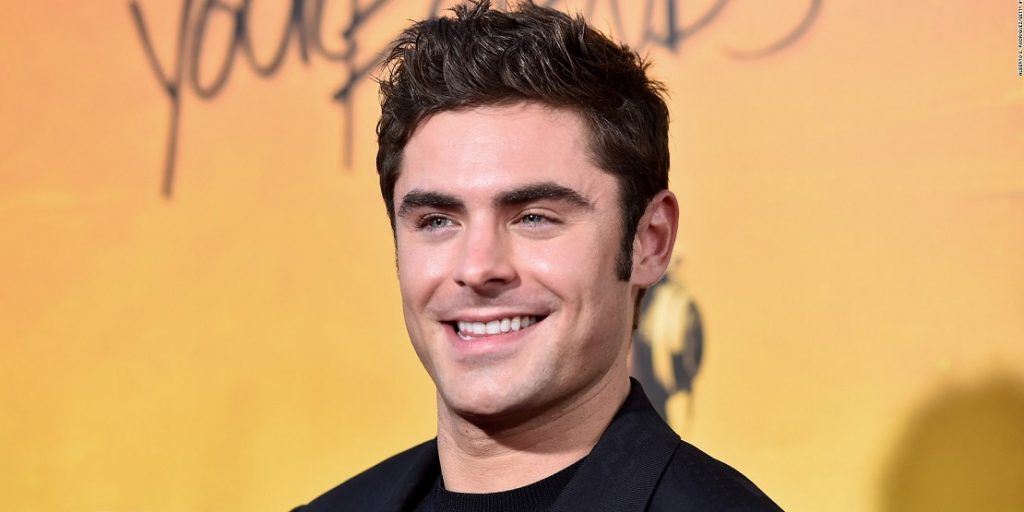 Zac Efron is returning to Disney for the first time since High School Musical 3 (don’t fact check me on that).

The Hollywood Reporter is stating that Efron has been cast in the upcoming remake of Three Men and a Baby for Disney+. Will Reichel (Hot Air) wrote the screenplay. No director is attached yet. No word on which one of the men Efron will be playing, but I could see him easily slipping into the role originally played by Ted Danson. 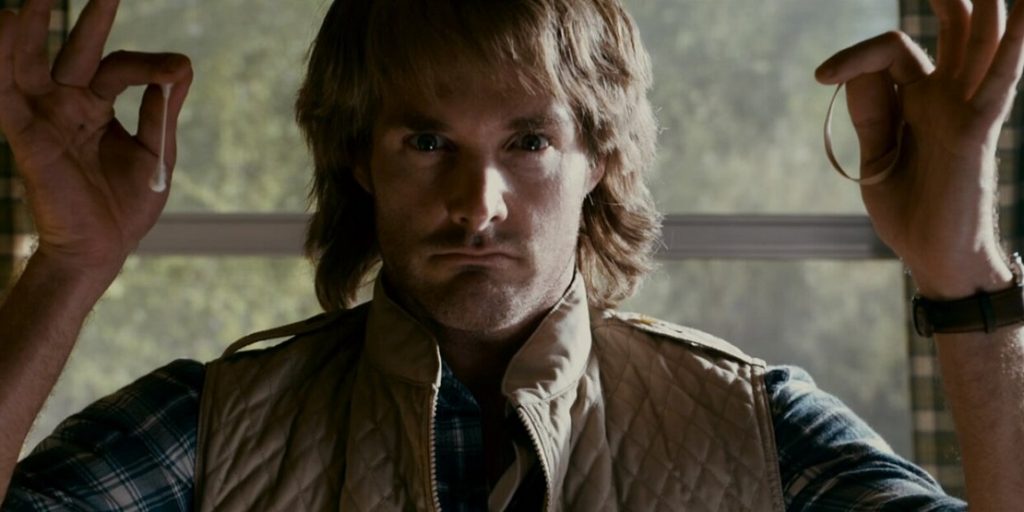 We previously reported on the MacGruber sequel series and now Peacock has officially given it a series order. Check out the announcement trailer below.

Jorma Taccone, who directed the 2010 film, will be back to direct all eight half-hour episodes. In addition to reprising his role as MacGruber, Will Forte will also be writing the series. The series will find “America’s ultimate hero and uber patriot MacGruber (played by Forte) finally released from prison. His mission: to take down a mysterious villain from his past—Brigadier Commander Enos Queeth. With the entire world in the crosshairs, MacGruber, Vicki, and Piper must race against time to defeat the forces of evil, only to find that evil may be lurking within.” 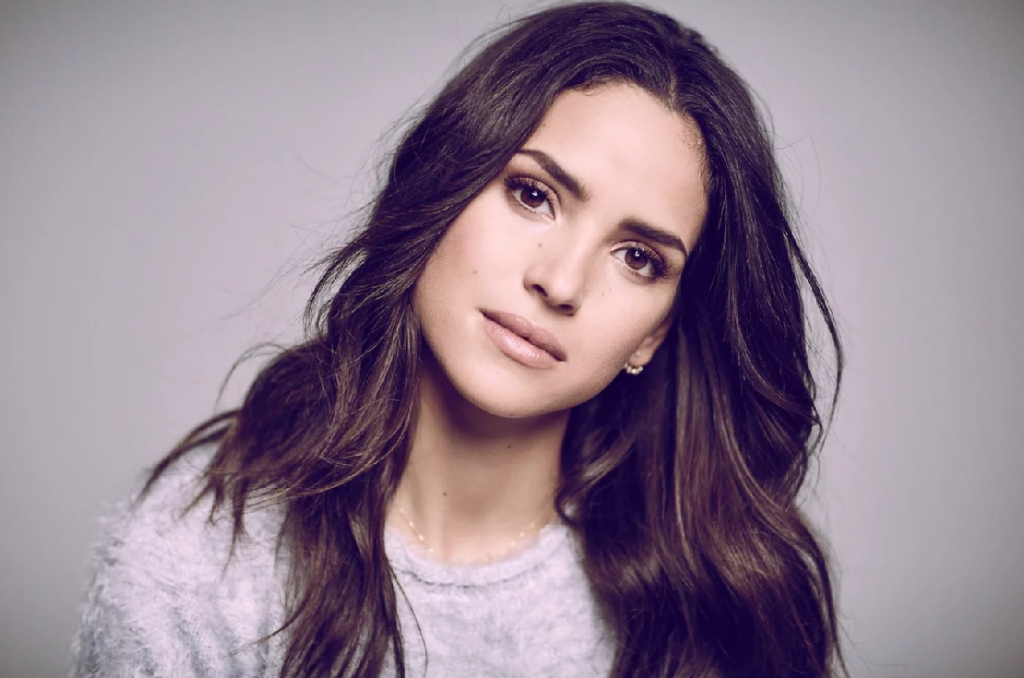 Adria Arjona (6 Underground) has been cast as one of the leads of the Disney+ series centred on Rogue One: A Star Wars Story‘s Cassian Andor. /Film has heard that she might be playing Cassian’s sister, a character previously never mentioned in any other canon material.

Caster Adaptation in the Works at Paramount 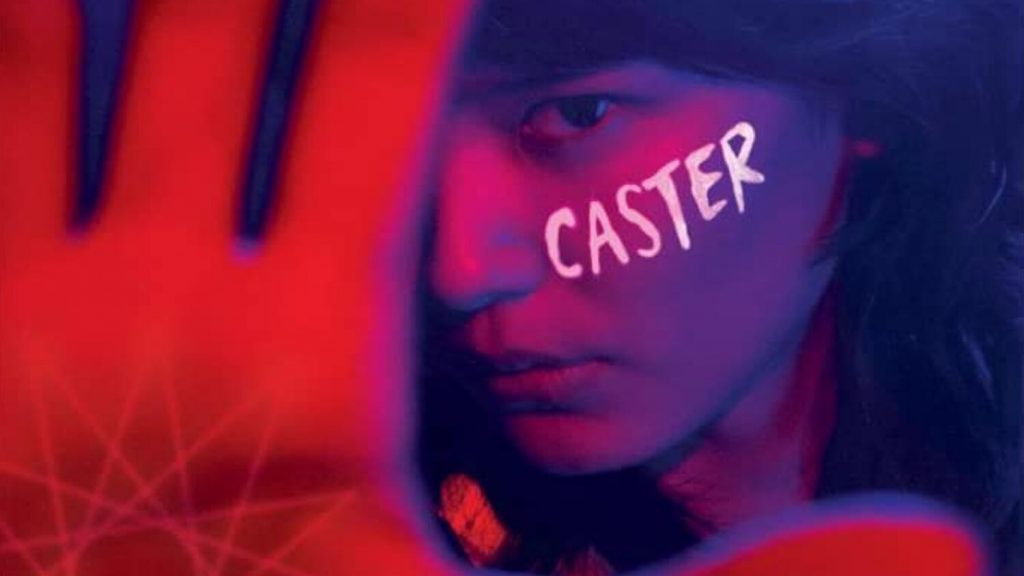 Caster, an adaptation of the magic-themed young adult novel of the same name, is in the works at Paramount. The studio is actively developing a film version of Elsie Chapman’s novel which is described as “Fight Club meets magic.” There’s no word on when this adaptation will get underway, but my best guess is that you’ll end up seeing this as a Netflix Original in a couple of years (#shotsfired). 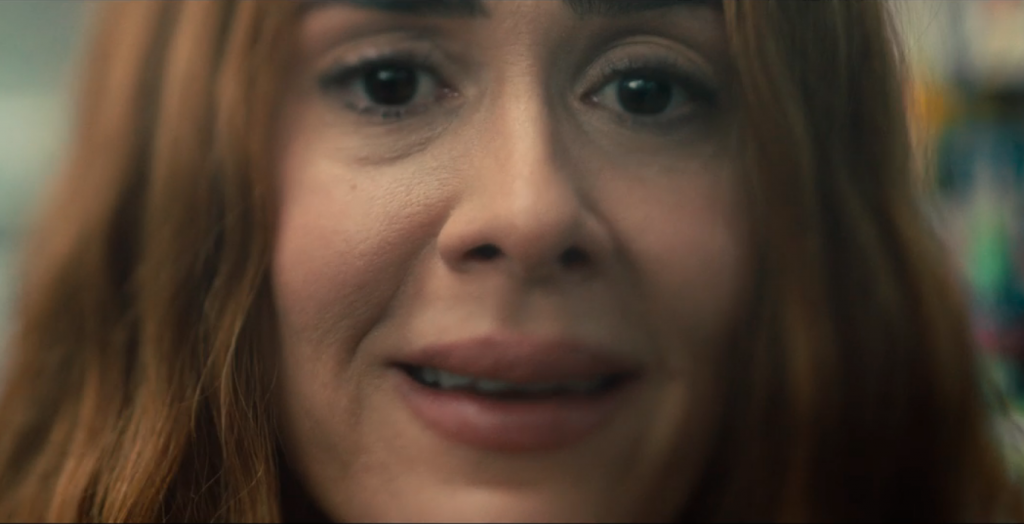 Run, the new thriller starring Sarah Paulson, is running over to Hulu. The movie was originally set to open in theaters this past May, but was pulled due to the COVID-19 pandemic. Now, Hulu has acquired the domestic rights to the movie from Lionsgate. The film will still be released theatrically in select international markets. Aneesh Chaganty (Searching) directed the thriller.

In Run, “They say you can never escape a mother’s love… but for Chloe, that’s not a comfort — it’s a threat. There’s something unnatural, even sinister about the relationship between Chloe (Kiera Allen) and her mom, Diane (Sarah Paulson). Diane has raised her daughter in total isolation, controlling every move she’s made since birth, and there are secrets that Chloe’s only beginning to grasp. From the visionary writers, producers and director of the breakout film Searching, comes a suspense thriller that shows that when mom gets a little too close, you need to RUN.” 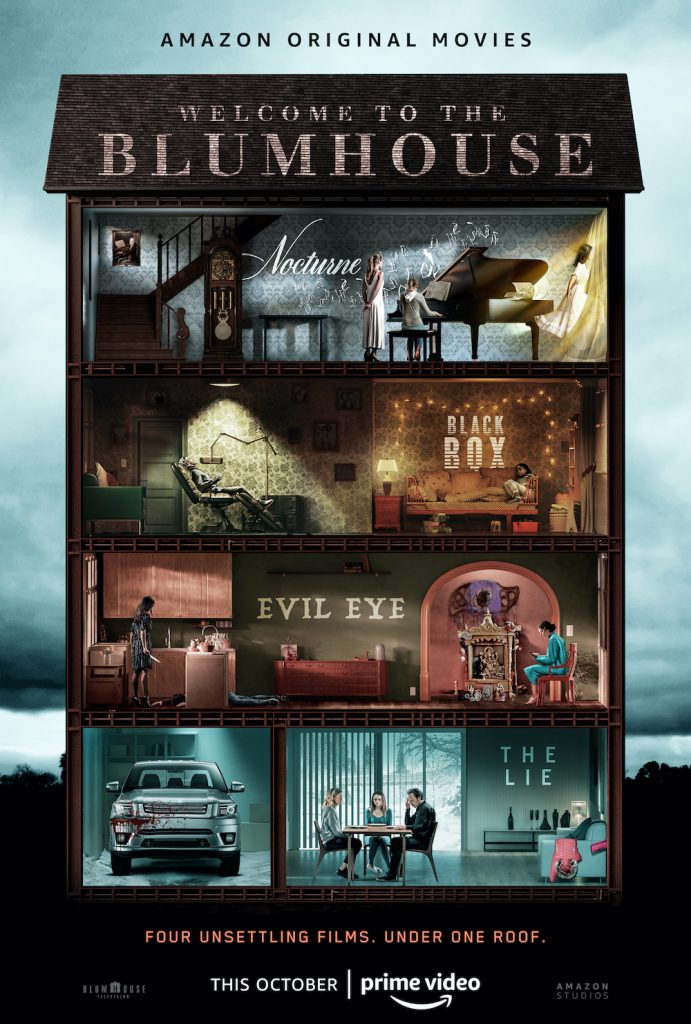 Amazon announced the launch of “Welcome to the Blumhouse”, a program of eight “unsettling” genre movies produced by Jason Blum’s Blumhouse Television and Amazon Studios that will showcase up-and-coming horror talent. The first four films will arrive this year beginning October 6, 2020 and the remaining four will release in 2021. Each film “presents a distinctive vision and unique perspective on common themes centered around family and love as redemptive or destructive forces.”

Here’s a rundown of plot, cast, and directors for the first four films:

I think this is a great idea and can’t wait to check these films out in October! 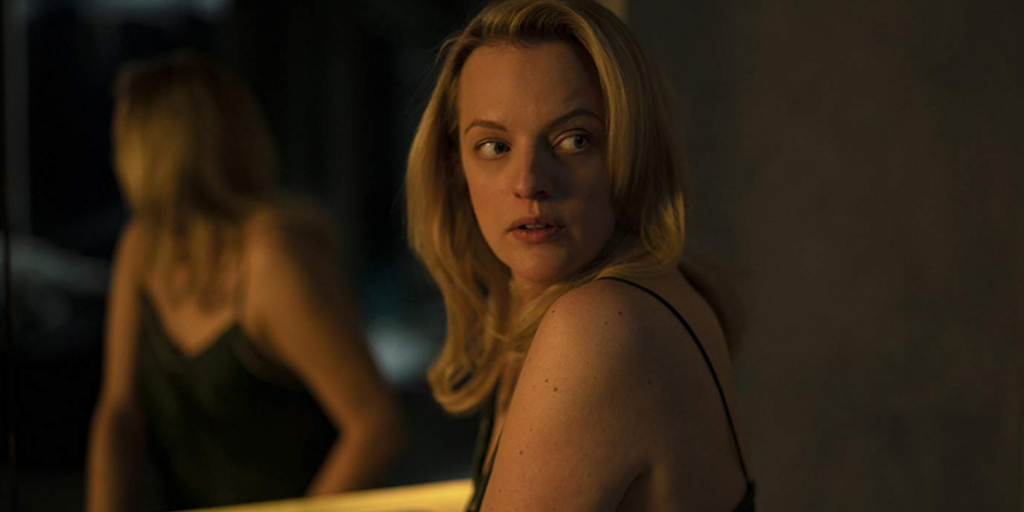 Blumhouse Productions and Elisabeth Moss are joining forces once more for a film adaptation of the novel Mrs. March, by Virginia Feito, which won’t be published until August 2021. Feito will write the film adaptation of her novel.

The novel follows a “housewife who becomes increasingly unstable and delusional after her novelist husband’s new bestseller features a repugnant main character she suspects is based on her.” Moss told Variety that after reading an early copy of Mrs. March, she immediately wanted to bring it the big screen. Mrs. March will continue the successful partnership between Blumhouse and Moss that started earlier this year with The Invisible Man. 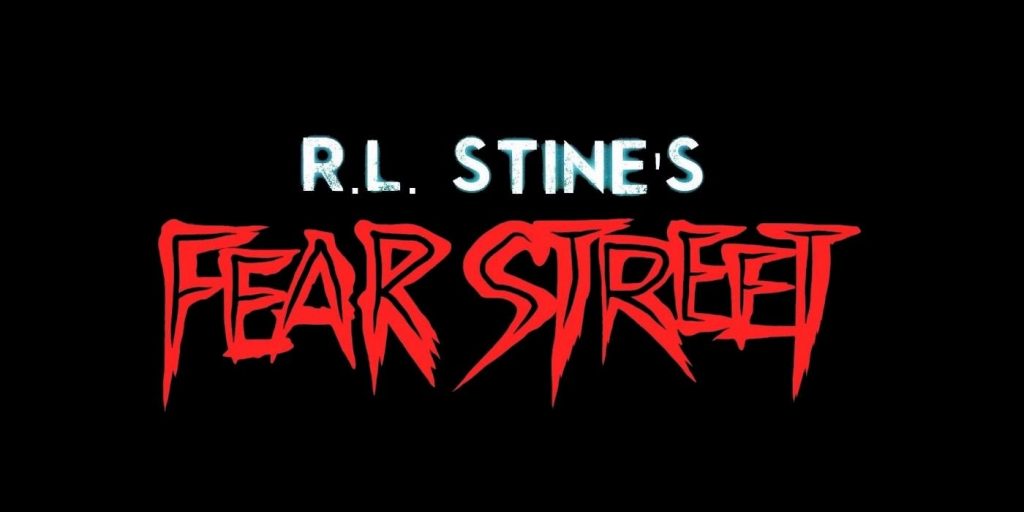 Netflix has acquired Fear Street, an upcoming trilogy based on R.L. Stine’s novels of the same name, from Disney. Following the Fox/Disney merger, financier Chernin Entertainment exited its deal with Fox to distribute the films, and signed a first-look deal with Netflix which resulted in the streaming service acquiring the rights to the trilogy.

All three films were directed by Leigh Janiak (Honeymoon) and will begin streaming in the summer of 2021 under an event titled “The Summer of Fear” which will see one film released each month.

Kyle Killen wrote the scripts which feature “a group of teens in 1994 who learn that a terrifying series of events in their town of Shadyside, Ohio may be connected and that they themselves may be the next targets.”