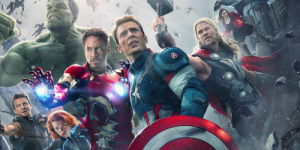 This week, we’re going to look at the Marvel Cinematic Universe (MCU). Our favorite heroes have had a lot of adventures over the last decade or so. Marvel has consistently given us (mostly) high-quality films featuring the heroes and villains from the pages of their beloved comic books. Not everything that has befallen these characters, however, has taken place on-screen. For example, we never saw how Shuri and other Wakandan scientists were able to “erase” Bucky Barnes’ Hydra programming. At the end of Avengers: Endgame Captain America returned all the stones to their proper places in the space/time continuum…that adventure could have been a cool movie all by itself. So it’s with those things in mind that we ask the question:

What MCU event that happened off-screen do you wish would have been filmed?

BEWARE! Spoilers for various Marvel movies may be discussed in this post or in the comments section. So if you’re worried about that sort of thing, consider yourself warned.

I’ll get the ball rolling with my answer. While there are several things I can think of that would have been cool to have seen, mine is tied to the end of Captain America: Civil War. At the end of that movie, Captain America and Bucky defeat Iron Man and escape. The rest of the Avengers who didn’t sign the Sokovia Accords, however, are still being held prisoner in The Raft, the prison used for housing super-powered criminals. Just before the credits roll, we see Steve Rogers appear in front of Sam Wilson’s cell, alluding to the fact that he’s going to break his friends out. Next we see these heroes, they’ve been sprung from the big house. I, personally, would have liked to have seen the actual prison break. That would have been a great opportunity to showcase the teamwork, friendship, and skill of these outlaw Avengers.

So what about you, folks? What scenes that didn’t make it into the movies would YOU like to see?

Seen you in the trenches.