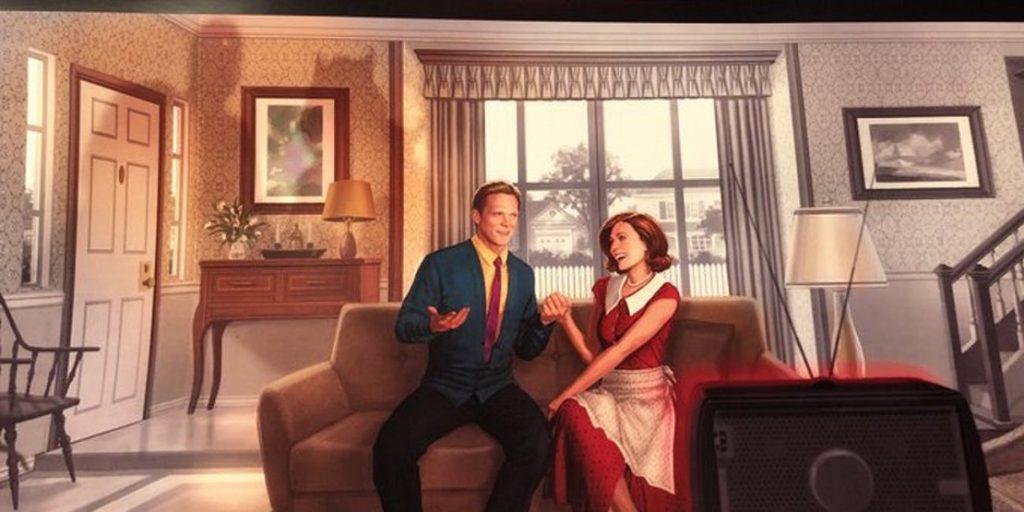 Disney+ released a short video on its official Twitter account teasing all the shows and films coming to the streaming service in 2020. Although the first footage of the Lizzie McGuire sequel series garnered a lot of attention, fans were quick to point out that WandaVision‘s release date had been moved up.

Is this not what 2020 vision means? From #ToyStory 4 and Aladdin to #LizzieMcGuire and WandaVision, here’s a look into our future at the blockbusters and Originals coming to #DisneyPlus this year. pic.twitter.com/QHGMHat89n

The series was originally set to drop on Disney+ in early 2021. The only Marvel Cinematic Universe series set for 2020 was The Falcon and the Winter Soldier (in late 2020). Insiders are expecting that series to now move up for a summer 2020 release.

No one has given a reason for the release change, but I’d chalk it up to lack of original content on the streaming service right now. The Mandalorian just finished its first season and fans are desperate for more adult content. By slightly shifting the release timeline for the first couple of MCU series, Disney is able to satisfy its fanbase quicker.

WandaVision will reunite Elizabeth Olsen‘s Scarlet Witch and Paul Bettany‘s Vision after the latter was killed in Avengers: Infinity War. The series is also expected to tie into the upcoming Loki series and set up the events of the upcoming film Doctor Strange in the Multiverse of Madness.

Olsen has previously described the series as “a mash-up between American sitcoms throughout the decades and Marvel film with these characters.” Bettany then added: “That’s where it starts and then it sort of snowballs into an epic Marvel movie that you’ve grown to know or love.”

Marvel Studios is about to finally open up the universe post-Avengers: Endgame and I am super excited to see what they have planned for Phase 4.

Are you excited that WandaVision is coming in 2020 now? Do you think Marvel can pull off a show like this?