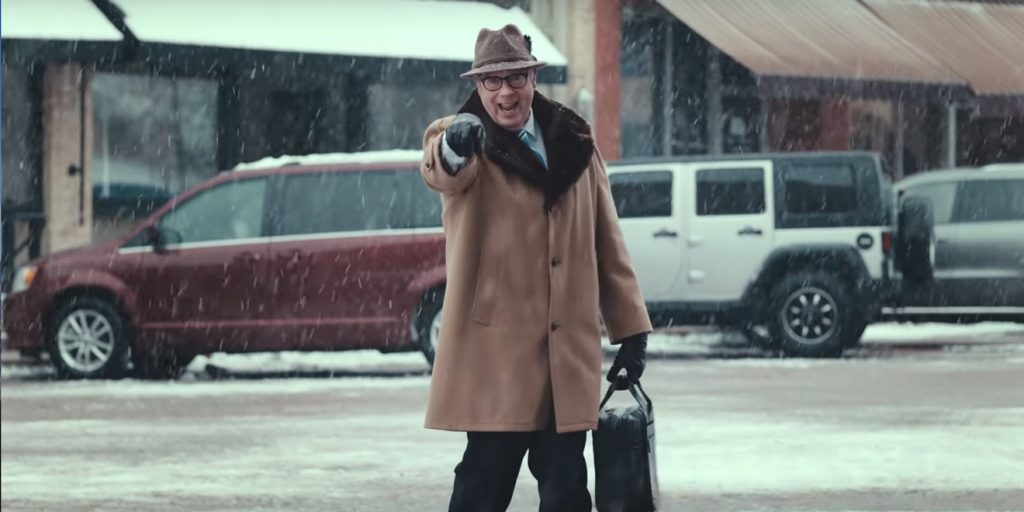 Today in “Ideas that Shouldn’t be Happening”, a TV (sequel?) series of the 1993 comedy Groundhog Day is in the works. Stephen Tobolowsky, who played Ned Ryerson in the time loop film, revealed the news on The Production Meeting Podcast. Here’s the quote:

“There’s talk about a Groundhog Day series in the works. One of the producers, I was working on The Goldbergs or Schooled, one of those shows over on the Sony lot, and one of the producers saw me and goes, ‘Oh, Stephen! Stephen! We’re working on a Groundhog Day TV show. Could you be Ned for the TV show?’ I go, ‘Sure. Yeah. No problem.’…But it’s Ned thirty years later. What has his life become?”

I don’t think we need a Groundhog Day sequel, especially since Bill Murray already did a pseudo-sequel in the form of a Jeep commercial for this year’s Super Bowl. And how do you adapt this for TV? Is each loop an episode? Is it a limited series? I just don’t see this premise working on TV for more than one season unless it’s an anthology series. 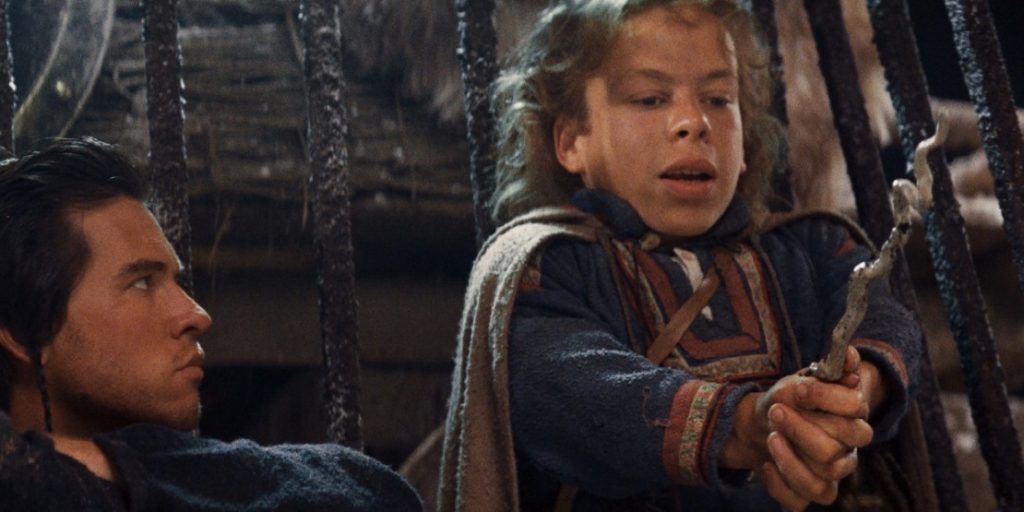 Are you a fan of the 1988 fantasy-adventure film Willow? You are! Well, here’s director Ron Howard discussing the upcoming sequel series that will feature returning star Warwick Davis. He dropped these tidbits while attending the virtual Edinburgh International Film Festival:

“Well, if I say anything too concrete it’s gonna go viral because anytime I say anything about Willow, people take it all very seriously. I will say that, let’s see … what can I say? It’s still in development. It doesn’t have a green light. Warwick Davis is thrilled by it and if we are lucky enough for it to go, he could come back as Willow. We are far enough along that, in a very tentative way, locations are beginning to be scouted, and we don’t know where we’re going to shoot, but we have gotten some research photos back from Wales. It’s nice to think about where our old knock bar was, and, again, no idea if we’re gonna get to make the show but we’re having a wonderful time developing the scripts under Jonathan Kasdan, who is leading the charge.”

Do you think the world needs more Willow? 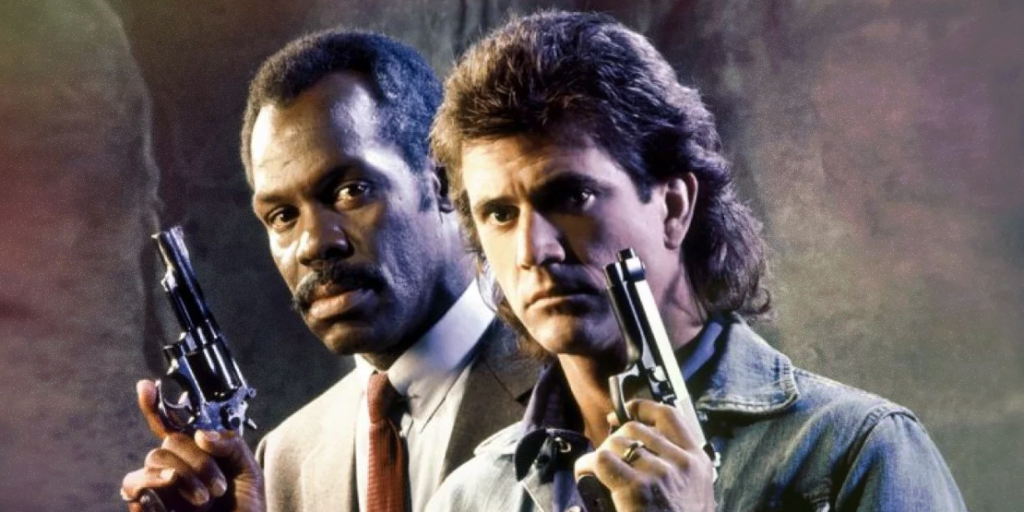 Danny Glover recently shared an update on Lethal Weapon 5 (or Lethal Finale) in a recent interview with Variety. Here’s his full quote regarding the film:

“I don’t want to give away the plot on the script that I read, but I found the plot had very strong relevance to some of things that are happening today. I can say that. But that was in January. History changes so fast. But yes, there’s been talk about it. I can only tell you, if it does happen, there is something extraordinary in it. If Lethal Weapon gives us some sort of contribution to understanding a little bit more. It would be interesting to do. It would be interesting to see how we take this within the political framework we are in; the economic framework that we are in. And especially that framework as opposed to the communities that have been affected by the kind of police violence, the kind of police standards, and the power that they exert as well. And what would be interesting from that vantage point is what that attempt could be like at this particular moment.”

I enjoy the Lethal Weapon films even the later entries when they are definitely getting too old for this shit. I wouldn’t mind one last hurrah for Riggs and Murtaugh if the script makes sense.

Jonas Akerlund (Lords of Chaos) has signed on to direct Midas Man, the upcoming biopic of The Beatles manager Brian Epstein. The film will tell the story of “the visionary music manager and impresario who was often referred to as the ‘Fifth Beatle’. He took the music industry by storm at the tender age of 25 and for seven years had a tumultuous and dazzling career. Among his other discoveries were Gerry And The Pacemakers, Cilla Black and Billy J Kramer and he opened his own theater to promote the likes of Jimi Hendrix, The Who, Cream and Pink Floyd. Epstein’s rise was tragically cut short when he died of a drug overdose aged only 32.”

Akerlund is well known for directing the music videos for Paul McCartney, Madonna, Beyonce, Lady Gaga, Blondie and Taylor Swift, among others. Shooting is hoping to begin later this year in London, Liverpool and the United States so the film can release in 2021.

Zachary Levi is an American Underdog 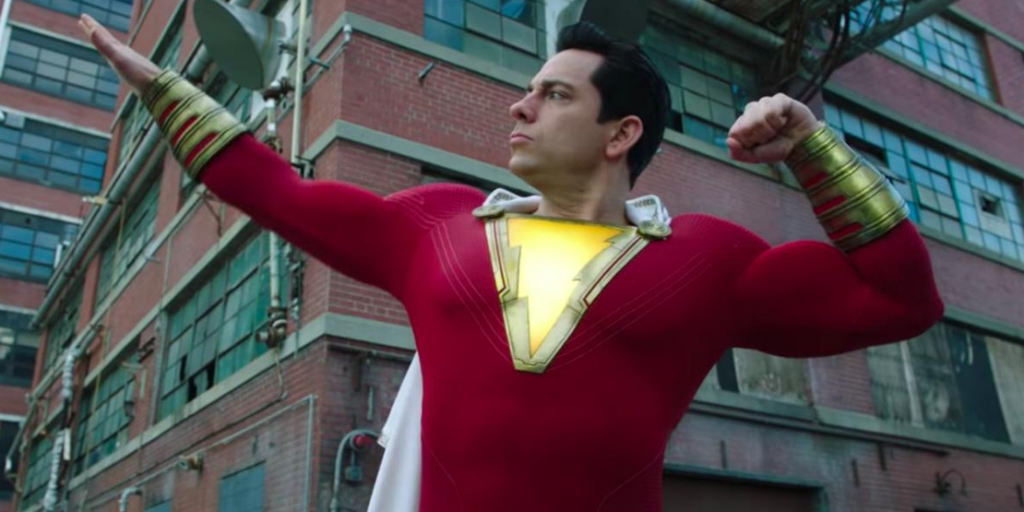 Zachary Levi is set to portray NFL MVP and Hall of Famer Kurt Warner in the upcoming biopic American Underdog: The Kurt Warner Story. The project hails from Lionsgate and will be directed by the Erwin Brothers (Jon and Andrew). David Aaron Cohen, Jon Gunn, and Jon Erwin penned the screenplay, which is based on interviews with Warner and his memoir, All Things Possible: My Story of Faith, Football and the First Miracle Season. It chronicles “the incredible true story of Kurt, who went from stocking shelves at a supermarket to become a two-time NFL MVP, Super Bowl MVP, and Hall of Fame quarterback.”

The upcoming thriller Borderland has added four exciting new additions to its cast.

John Boyega (Star Wars: The Force Awakens), Jack Reynor (Midsommar), Jodie Turner-Smith (Queen & Slim) and Felicity Jones (Rogue One: A Star Wars Story) have all boarded the film which will follow “an Irish paramilitary, Michael (Reynor), who witnesses the shooting of his pregnant wife at the hands of an SAS sergeant named Tempest (Boyega) when a border ambush goes wrong. When Tempest is sent back to London to lead a covert counter-terrorist operation, Michael joins a ruthless active service unit (ASU) wreaking havoc in the capital. For Michael, the mission is personal – to hunt down Tempest – and he’ll stop at nothing to avenge his wife’s death.”

Shooting is hoping to begin in the UK in early 2021. The screenplay is inspired by the book The Road to Balcombe Street.

Jason Momoa is Frosty the Snowman 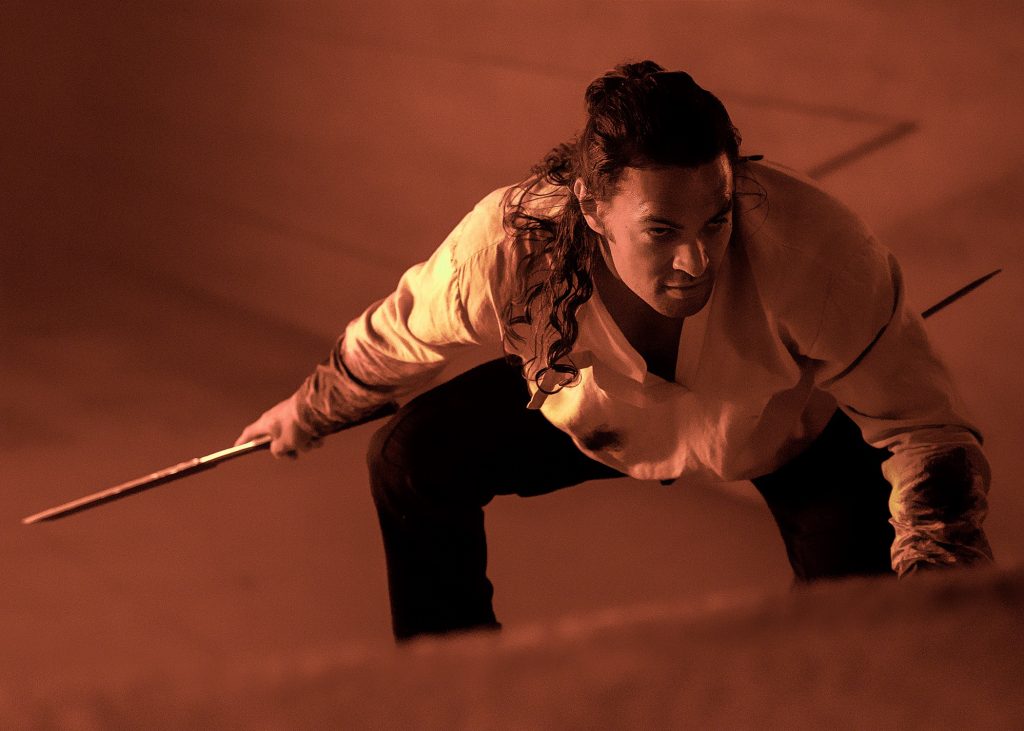 Jason Momoa (Aquaman) is set to voice the most famous snowman of all: Frosty the Snowman in a new live-action film from Warner Bros.

David Berenbaum is writing the script which will see Momoa provide motion capture work for the fully CGI Frosty. Let’s just hope we’re not looking at another Jack Frost situation (although truth be told I sort of love that film). 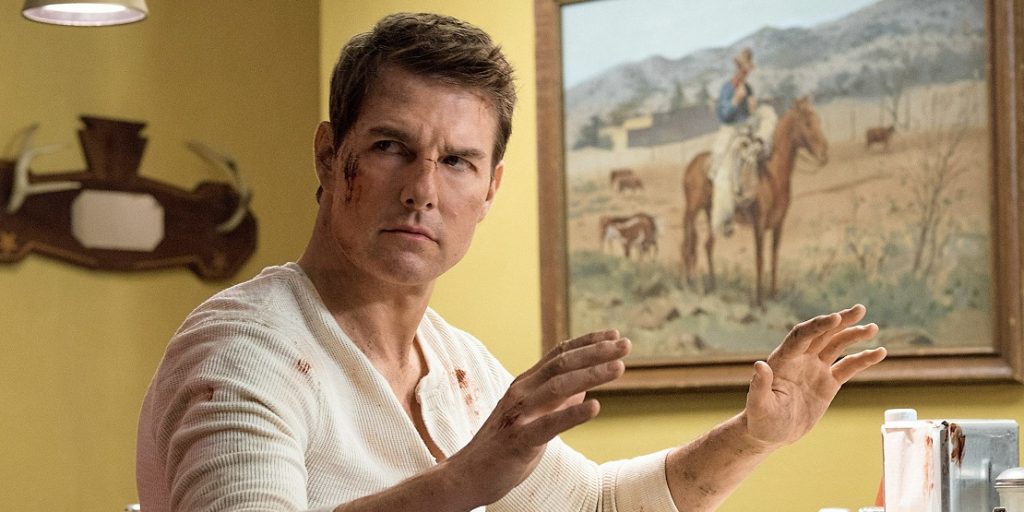 One of the best partnerships in Hollywood right now is Tom Cruise and Christopher McQuarrie. The two have been collaborating for over a decade now starting with Valkyrie. They are currently working on the next two installments in the Mission: Impossible franchise, but it looks like they have something new and exciting in the works.

Speaking with Empire, McQuarrie mentioned how had the Jack Reacher franchise continued they were hoping to have made it R-rated:

“Tom and I were talking about, had the series continued, to take [‘Jack Reacher’] to a place where, in the post-‘Deadpool’, post-‘Joker’ world, it could have been an R-rated movie and an R-rated franchise and really fed into the brutality of those books.”

Uh, heck yeah I wish! I love the first Reacher film and it got me reading the books (which themselves are brilliant). I would have been all for transforming this franchise into something akin to John Wick or Atomic Blonde. Sadly we’ll never see that happen as the franchise is set to be rebooted as an Amazon TV series.

However, McQuarrie and Cruise are still on board to develop an R-rated movie starring Cruise as a very un-Tom character. Here’s what McQuarrie said on Reacher being an un-Tom character and his hopes for more of that from Cruise:

“It’s a very un-Tom character. And we have plans for an even more un-Tom character that we’ve been talking about, which I’m hopeful about in the future. The franchise has moved on, and we haven’t. So we’ve now got stuff in the hopper. The [Jack Reacher] stuff we’re talking about now is tinker toys [compared to it], I’m actually very, very excited.”

Tom Cruise is probably my second favorite actor after Michael J. Fox so I am all for whatever he wants to do, especially if it involves teaming with McQuarrie.

Guillermo del Toro Could Have Directed Seed of Chucky 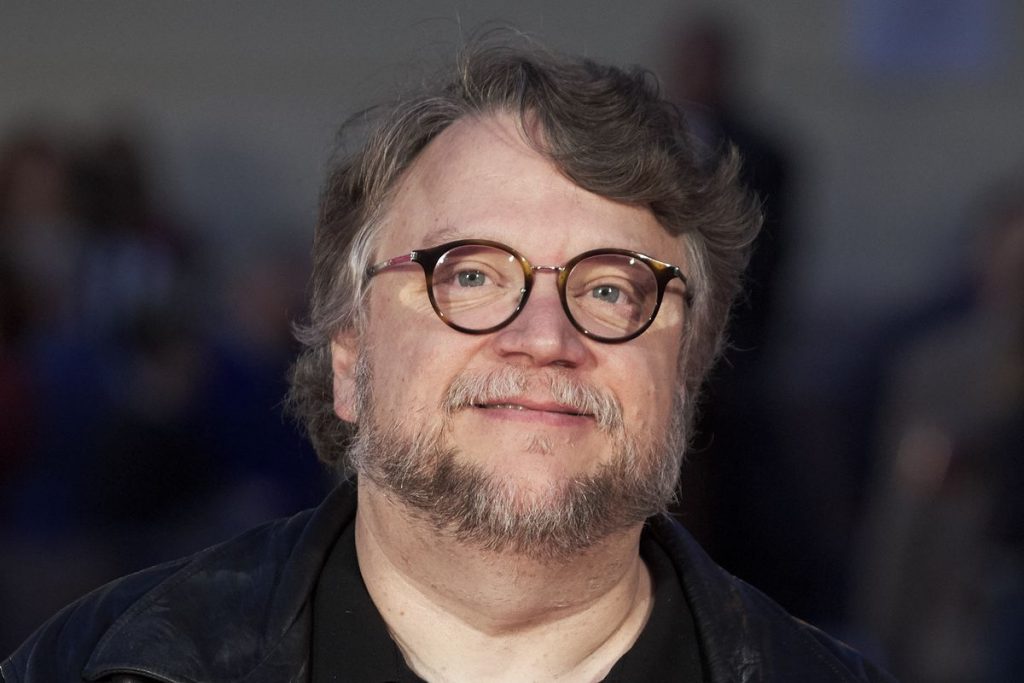 And lastly, here’s Guillermo del Toro telling IndieWire about a couple of films he was offered to direct back at the start of his career:

“I’ve been offered, from the largest superhero franchise to the Seed of Chucky. I’ll tell you one of the worst pitch meetings I’ve ever had. It was for The Fly II. And it was super early in my career, it was ’92 or something like that. I get in and I sit down and they say, ‘What do you think about The Fly II?’ and I said, ‘I think you shouldn’t make it.’ And they said, ‘Why?’ and I said, ‘Because the first one was so great.’ And that was it. They validated my parking.”

Someone pointed out that The Fly II came out in 1989, so Del Toro may have been referring to a potential third film. He also mentioned his motivation when taking on a new project:

“I know one thing: from the beginning of my work, I know that I will only take movies that I’m willing to die on the set for. I take them very seriously. Doesn’t matter if it’s a giant robot or an action movie. There’s a reason for me to take it, a personal reason. Nobody has to agree. I’m not running for office. I just go at it and I say, ‘This is what I want, this is what I got,’ and that’s when I say a movie is successful or not. Did it achieve what I wanted?”

There’s not much of del Toro’s work that interests me (I’m just not into Hellboy or Blade), but that might change with his two upcoming projects Nightmare Alley and Pinocchio.