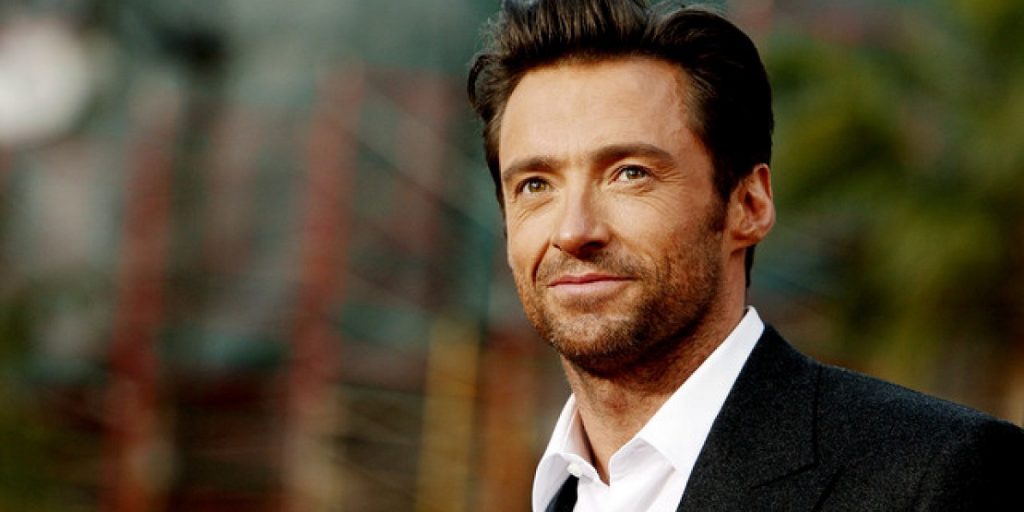 Ford v Ferrari may have been overlooked last year, but old Enzo Ferrari is going to have a second chance at Oscar glory in a few years. Michael Mann‘s long-in-development Ferrari biopic is gearing up for a 2021 production start date. This comes along at the same time Hugh Jackman is in talks to star as the famed car manufacturer.

STXinternational announced that it has set a spring 2021 production start date for Michael Mann’s Ferrari, which will launch sales for distribution at the upcoming Cannes Virtual Market. Troy Kennedy Martin (The Italian Job) wrote the script which is based on Brock Yates’ book Enzo Ferrari – The Man and the Machine.

Ferrari “is the story of one summer in 1957 when all the dynamic forces in Enzo Ferrari’s life – as combustible and volatile as the racecars he builds – collide. The racecar company he and his wife Laura built is going broke. Their tempestuous marriage has already suffered the death of their son, Dino, and Ferrari’s other son, 12-year old Piero, the product of a wartime romance, now wants to know his place in the world. Enzo boldly rolls the dice for all their futures on one race – 1,000 miles across Italy, the brutal and infamous 1957 Mille Miglia. During the dangerous race, Laura will discover long kept secrets, opportunities will rise and fade, and drivers, like surrogate sons, will push beyond the edge…all, as the red cars slam through crowded towns and mountain passes – racing towards outcomes that will determine the future of the lives – seen intimately – of these vivid characters.”

I enjoyed Ford v Ferrari and would definitely be interested in seeing Jackman as Ferrari. Let’s hope everything works out and this biopic graces our screens in a couple years. 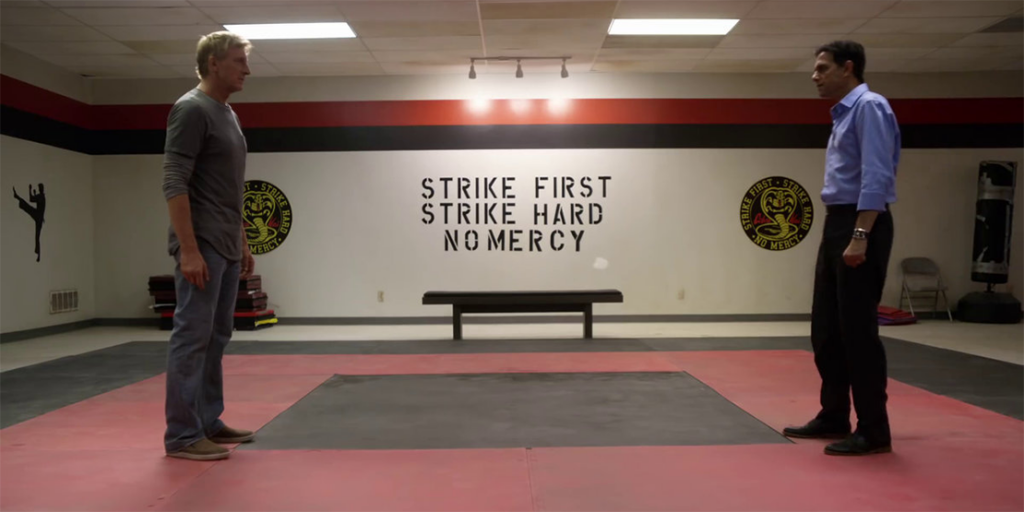 YouTube decided to pull the plug on its scripted TV and film division (finally), so Netflix has swooped in to stream Cobra Kai‘s upcoming third season. Netflix has also acquired the first two seasons of The Karate Kid sequel and will make them available for subscribers later this year ahead of the third season.

Netflix was one of the original contenders for Cobra Kai, but was outbid by YouTube (who at the time was looking for an attractable headlining show). Now the show has ended up at Netflix anyway where it will compete alongside numerous other originals. Will the show receive a fourth season? I guess that’s up to the subscribers and if they can stream it 40 million times in a week (or whatever bullshit numbers Netflix claims their programming receives). 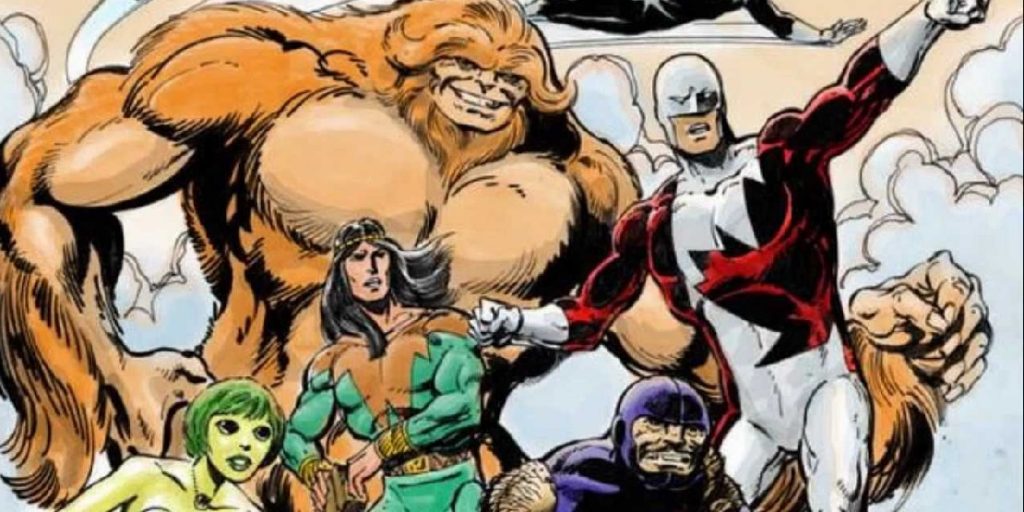 There’s a rumor making the rounds that Marvel Studios is interested in developing an Alpha Flight movie for the MCU. The Canadian superhero team first appeared in Uncanny X-Men #120 and are commonly referred to as Canada’s Avengers. The team is made up of a diverse group of individuals (something Marvel is interested in showcasing) and could even be used as a launching board for other famous Canadian superheroes (Wolverine and Deadpool).

I think it’d be cool to see a film featuring Alpha Flight set during the five-year time jump in Endgame and see how other super-powered individuals stepped up to the plate to fill the absence left from other disappeared heroes.

Variety reports that Colin Trevorrow is set to direct and produce the thriller Atlantis for Universal. Trevorrow co-wrote the story with Matt Charman, but Dante Harper (the writer of the original spec script for Edge of Tomorrow) will pen the script for Atlantis.

According to Deadline, Trevorrow’s Atlantis will differ from “previous incarnations of the mythical city as an underwater kingdom,” and instead set the film on “a lost continent in the Indian Ocean between Africa, India and Oceania. It is a multicultural civilization with its own advanced technology.”

I’ve always been fascinated by the concept of Atlantis, and cannot wait to see what Trevorrow does with the lost civilization. Trevorrow is currently preparing to restart production on Jurassic World: Dominion following a three-month shutdown due to the coronavirus pandemic. Atlantis will likely be his next gig. 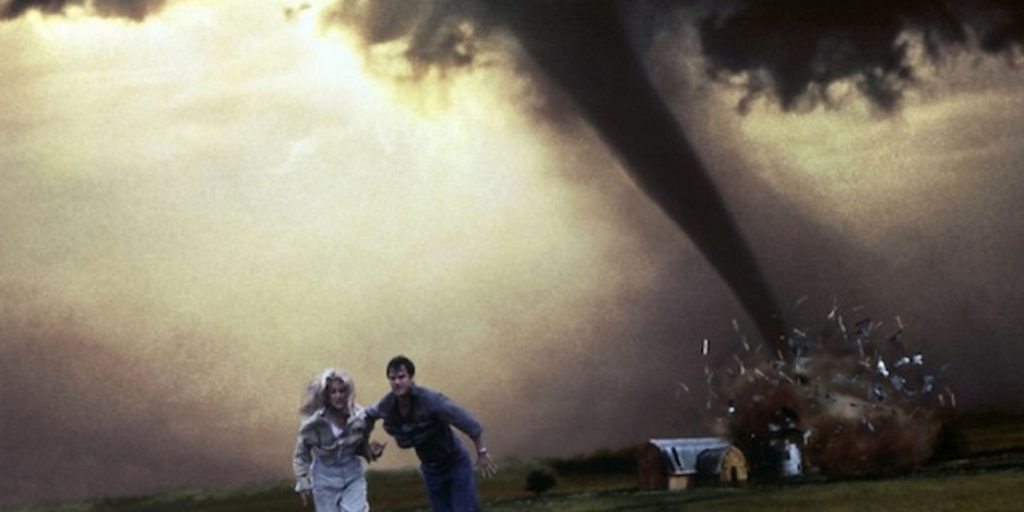 Universal is also developing a reboot of the 1996 storm-thriller Twister with Joseph Kosinski (Tron: Legacy) in talks to direct. Kosinski is known for his VFX work so he is an exciting choice to direct the project.

Variety refers specifically to Twister being a reboot, so this means it will likely take the same (or maybe new) characters and throw them into an entirely new story. I mean, I’m pretty sure there’s already a movie like that made and it was called Into the Storm. Either way, I’m always up for a good disaster film, so here’s hoping Kosinski can bring something fresh to Twister. 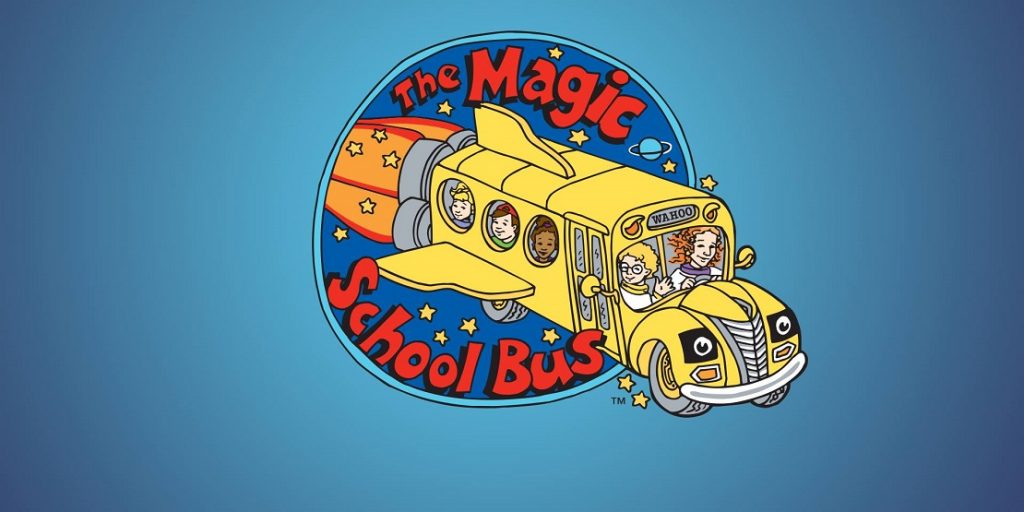 Universal announced a lot of projects last week. The final one is a live-action feature-length adaptation of The Magic School Bus with Elizabeth Banks set to star as Ms. Frizzle.

The series of children’s books were written by Joanna Cole with Bruce Degen as illustrator. If you haven’t heard of The Magic School Bus before you have either been living under a rock since the 1990s or you’re so old you remember when magic really did exist on Earth.

The Magic School Bus books were first adapted into a PBS animated TV series, featuring Lily Tomlin as the voice of Ms. Frizzle. It aired for 18 consecutive years in the U.S. and in more than 100 countries around the world, making it the longest-running kids science series in history. An animated sequel series The Magic School Bus Rides Again debuted on Netflix in 2017, but it sucked.

I’m sure Banks will do a fine job as the Friz, but Lily Tomlin ain’t that old!! I’d rather see her back leading a new group of students on crazy scientific adventures. But at least it’s not Kate McKinnon (who voiced Ms. Frizzle’s younger sister in the sequel series) as the star. That’d make this project a hard pass for me. 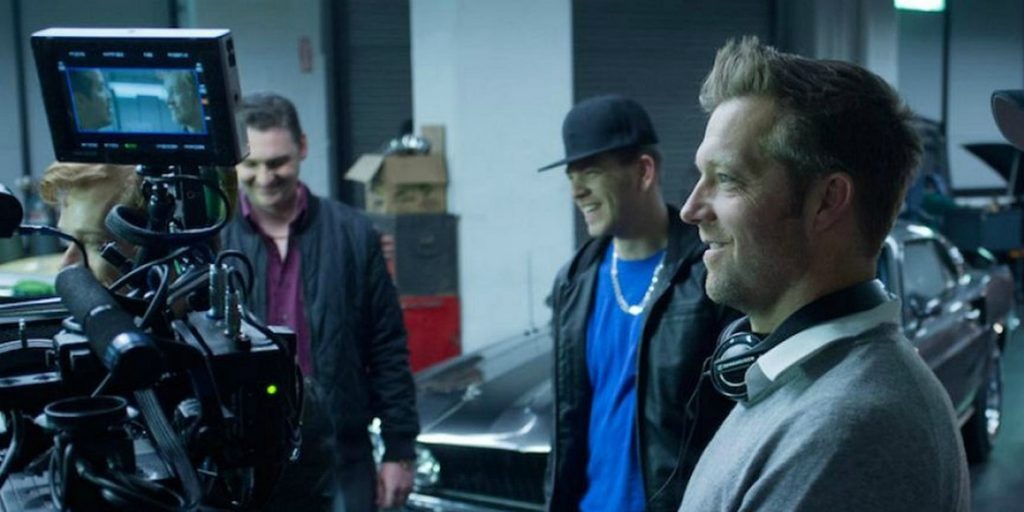 David Leitch, director of Deadpool 2, Atomic Blonde, and Fast & Furious Presents: Hobbs & Shaw, has found his next project, and it sounds right up his alley. Leitch will direct Bullet Train about “a group of hitmen and assassins with conflicting motives on a train in Tokyo.” Zak Olkewicz is tackling the script.

The Hollywood Reporter compares the projects to films like Speed and Non-Stop. Does that mean we can expect Keanu Reeves and Liam Neeson to sign on as two of the hitmen? Bullet Train is hoping to shoot this fall under the hope that since it’ll be one contained set that will make it easier to handle the new coronavirus health restrictions operating in Hollywood now.

Bill Murray to Voice a Dog in Bum’s Rush 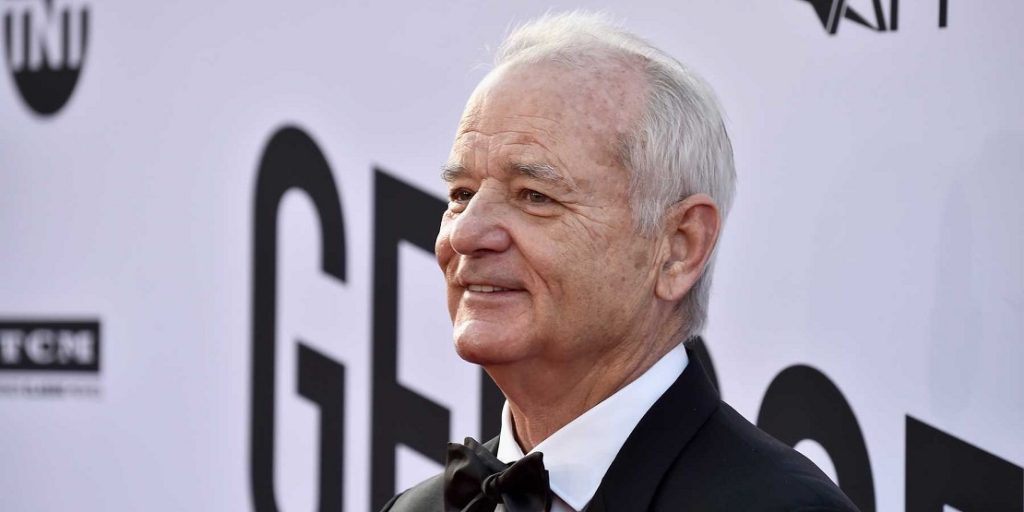 Bill Murray will voice a dog in the new independent film Bum’s Rush. Murray is well-known for voicing beloved pets (he previously voiced a dog in Isle of Dogs and Garfield himself in the cat’s early 2000s live-action film).

Aaron Schneider (Get Low, and the upcoming Greyhound) is set to direct the upcoming film which will reunite his Get Low co-stars Murray and Robert Duvall. Anne Hathaway is also set to play “a custom boot maker who encounters a stray dog named Bum, who will be voiced by Murray.” C. Gaby Mitchell wrote the screenplay and the movie is aiming to shoot on location in Santa Barbara and New Mexico.

Nick Jonas is The Blacksmith 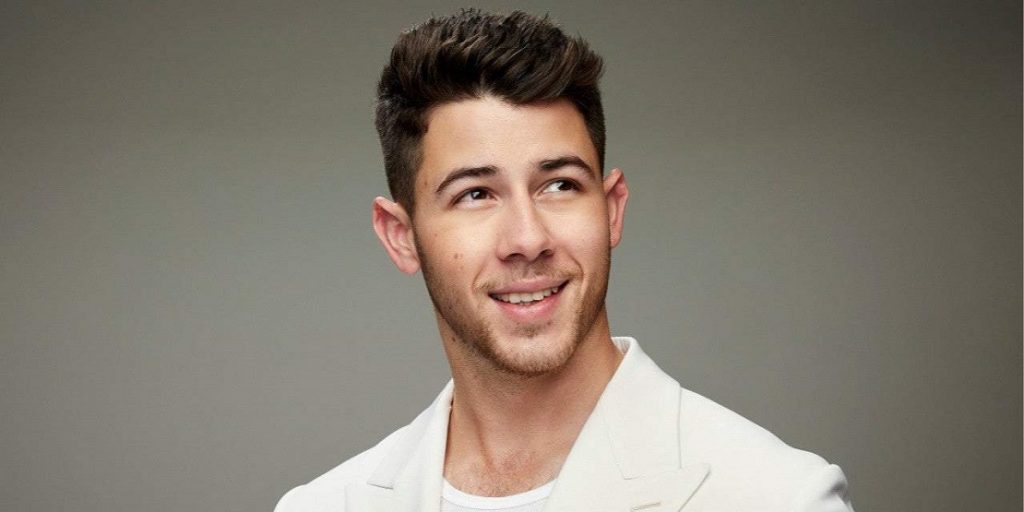 Somehow in the last couple of years Nick Jonas has been carving out a film career. He’s appeared in both of the new Jumanji films and is now set to headline the action-thriller The Blacksmith with Laurence Fishburne.

The actor and singer will play “Wes Loomis, a ‘Blacksmith’ – the intelligence community’s go-to weapons expert. When his clandestine lab is destroyed and his colleagues murdered, he must go on the run with only his unique set of technological skills and the help of a brilliant, young CIA analyst Noelle Hazlitt to keep him alive. They seek out Mather (Fishburne), a retired blacksmith and Wes’ mentor, to help guide them.”

Casting is still underway for the female lead Noelle Hazlitt. Ben Ripley wrote the script based on the graphic novel by Malik Evans and Richard Sparkman. The film is aiming for a late 2020 production start with the hopes that this will launch a new franchise similar to Taken.